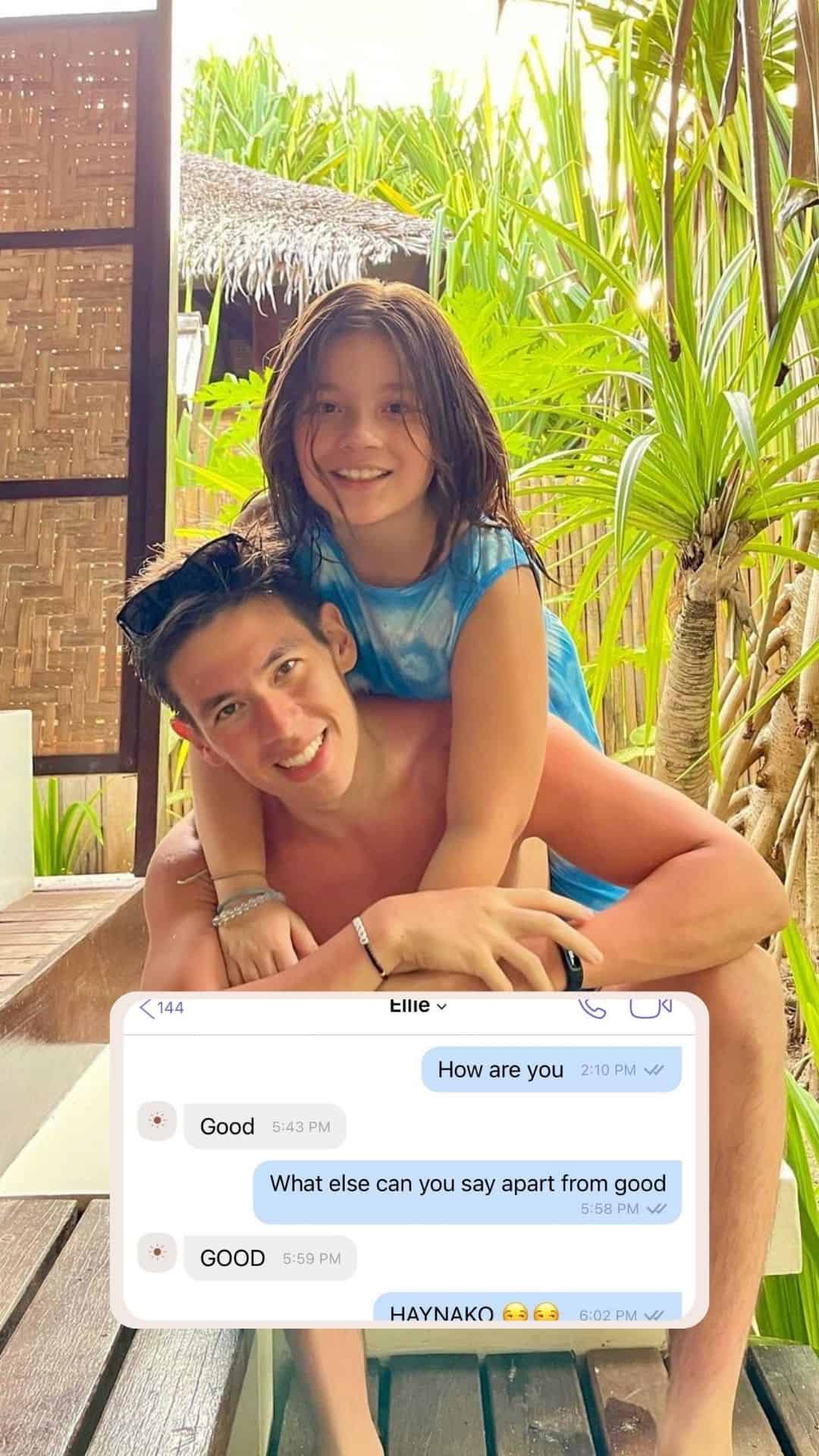 Jake Ejercito took to social media to share his funny text conversations with his daughter Ellie.

On Twitter, the single dad jokingly shared that he has already considered changing Ellie’s second name to “Mood.”

His screenshots from their “long distance relationship” conversations showcased the nine-year-old’s frank replies to his enthusiastic ones.

“Seriously considering to change her second name to ‘Mood’,” he wrote.

Seems like the two share the wackiest father-daughter relationship! In his previous post, the actor shared cute photos of him and Ellie making funny faces for the camera.

Ellie is Jake’s daughter with his former partner Andi Eigenmann.

Andi Eigenmann ticks off this special moment from her surfing...