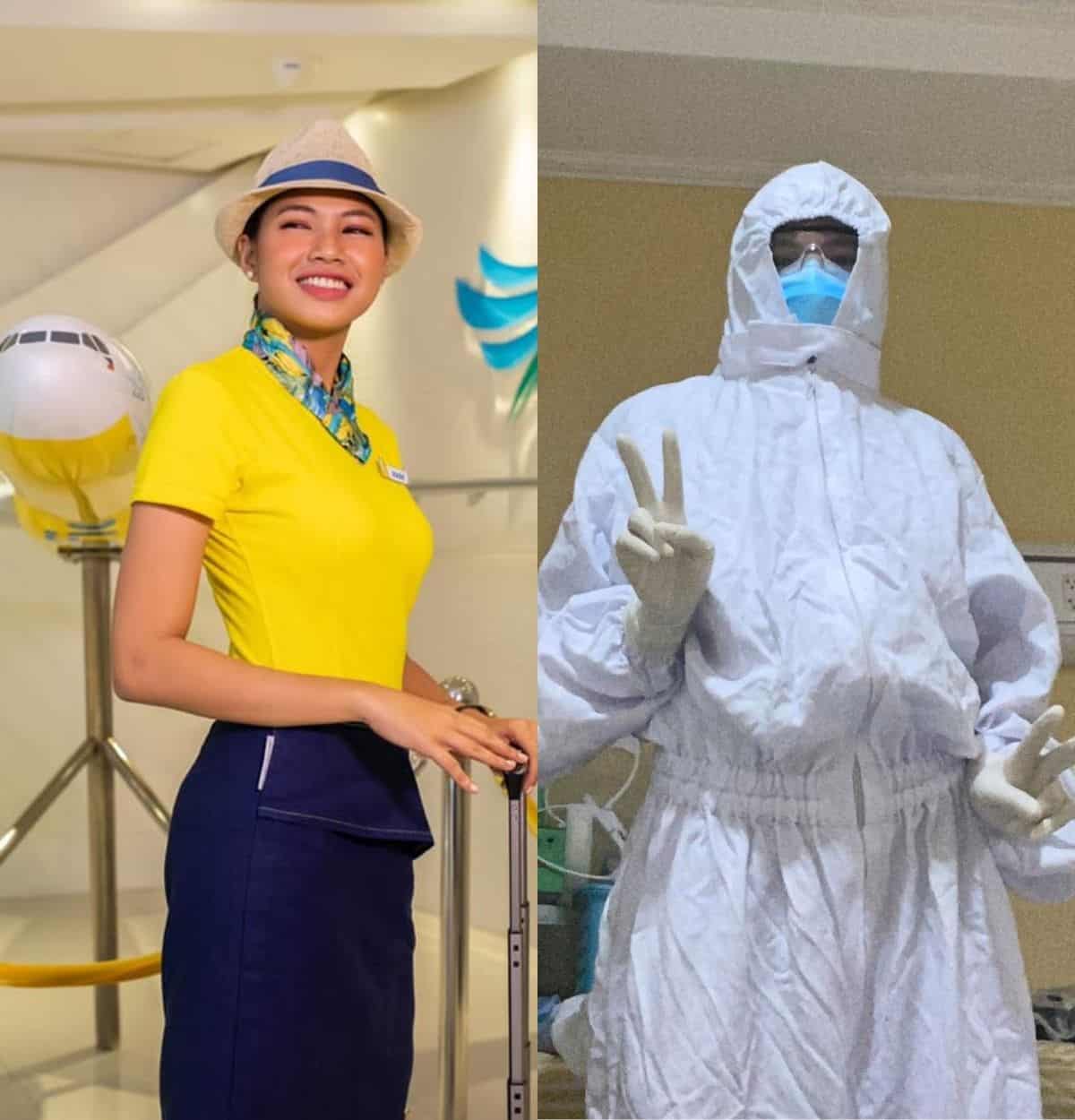 The COVID-19 pandemic has left many businesses and workers, especially in the country’s travel and tourism industry, struggling to survive. Palawan-based Madel Lucena, 23, went viral after posting about her unplanned career change after losing the job that she loves.

In July 2019, she was hired as a flight attendant. By July 2020, she joined her home province’s COVID-19 response team as a medical technologist.

Madel was close to being regularized at the airline company she has been working in for almost a year when management decided to reduce its workforce to mitigate the impact of the health crisis.

While this happened a few days after the ECQ was implemented, Madel said they already had a feeling that it was “inevitable” as early 2020, flights, one by one, were cancelled due to COVID threats.

In an interview with The STAR, Madel said her employment loss was a big blow because she had enjoyed her time working as a flight attendant.

“Masaya. Before nun madami kaming plans. Plans to travel more because one of the perks (of being an FA) is to travel for free. Ang dami naming plans with my family kasi kasama sila sa benefits nun,” she said.

“Kaya grabe ‘yung struggle ko. I have my days talaga na — not depressed pero I’m sad about it kasi nga there were plans that were stopped because of it.”

When she was retrenched, she said she somehow felt lucky to be in her hometown in El Nido, Palawan, locked-down with her family.

“Sabi ng tatay ko, if one door closes, another window will open. Kaya lumakas din yung loob ko dahil di nila ako sinisi about it. At least may core ako, may backbone, to live through that day of layoff and siempre every day na iniisip ko.”

After a couple of months of spending time with her family, she decided to move forward and look for work.

Prior to being an FA, Madel briefly worked as medical technologist and drug analyst at a small clinic in Palawan after graduating with a Medical Laboratory Science degree from the Central Philippine University in Iloilo City.

Madel tried applying for Manila jobs and she would do virtual interviews, but employers would drop her after knowing she was still in Palawan and flights were put on hold at that time.

Madel immediately got deployed at the swabbing station.

It’s a very different life from being a flight attendant, she readily acknowledged.

Although she deals with patients and not passengers this time, one thing she found in common between the two jobs is that both require special care.

Madel admitted to having that fear of getting infected but she’s trying to use that fear to her advantage.

To be in the frontlines of the country’s fight against COVID-19, she’s sure that even if she changes career again in the future, she will look back at this moment again and “I’d definitely be happy. And I’m gonna be… ‘yung magiging proud din ako.”

Watch the inspiring #BituinNgPagAsa video below: