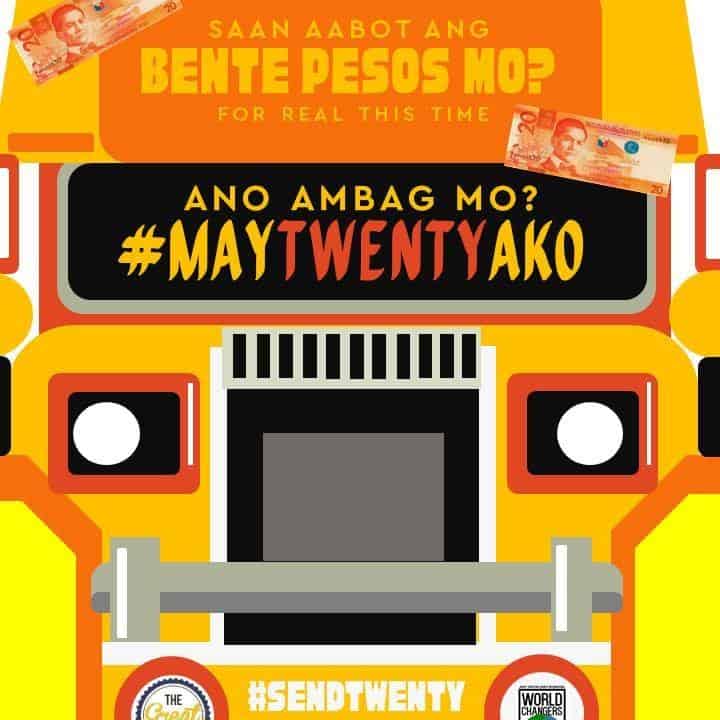 This group of students became one of the bright spots in this otherwise difficult year after forming a charity organization as response to a question they often encountered when expressing themselves online.

May Twenty Ako was born on the day the Enhanced Community Quarantine was imposed in Metro Manila last March, with the goal of calling for P20 donations to help the homeless in their community in Malabon. The youth-led org has since raised P4 million for Filipinos in need from different parts of the country.

Inspired by an idea of their former teacher Erika Jean Ente, the group decided on the P20 amount knowing that some people could be discouraged from donating as they might feel like they’re required to contribute a lot of money.

“We believe that we are able to change the game because everybody has a spare P20 they can allot for a good cause such as this,” said Charisse in a talk.

They initially planned on raising P2,000 only to buy hygiene kits. They took to social media to share about their initiative and “power-tagged” celebrity accounts.

Much to their surprise, they received donations worth P30,000 within three to five hours from posting about May Twenty Ako.

From homeless and informal settlers, their list of beneficiaries grew as donors came and groups partnered with them. They have since donated PPE supplies to medical frontliners in Metro Manila, Batangas, Cagayan, Bukidnon, Pangasinan, Bicol and Laguna public hospitals. They have also given aid to other frontliners such as volunteers doing disinfection in the streets and those manning checkpoints.

They have also included jeepney drivers, construction workers and people at temporary shelters in Catholic schools in Manila. They have extended a hand to public schools for their module learning materials through their Project Pa-Print and Surprise Supplies campaigns.

May Twenty Ako has also expanded their reach, responding to calls of assistance from outside Metro Manila and Luzon. They have set up chapters in North Caloocan, Pampanga and Cavite after receiving messages from other communities interested to carry out their initiatives.

They’ve also donated to organizations with the same causes such as ATD Home Foundation, Save San Roque and Jolly Homes Foundation, as well as those severely affected by fires and recent calamities amid the pandemic.

Their latest donation drive was for victims of supertyphoons Ulysses and Rolly in Cagayan.

Meanwhile, every update regarding contributions is posted on their Facebook page for transparency.

Since they didn’t want to depend on donations they had to come up with creative ways to generate funds. They now sell merchandise and care packages, and hold jersey auctions.

This is what they hope people will learn from their story. “To encourage people into volunteerism and community work. To show them the value of giving back, as well as to inspire and motivate the youth po that they we can all do something. That all our actions, big or small, matters katulad nga po ng 20. ‘Di ba po 20 pesos, sinong mag-aakalang aabot ng ganun kalaki ang matutulungan?”

“Right now, I think, it’s important for us in our little ways, to shed a light amid the bad news and negativity that is surrounding us because we cannot let the crisis define our generation, like we always say, May Twenty Ako is a collective effort.”

Even as these students are about to begin a new chapter in their lives as college students, they intend to continue with this project. “Napag-usapan din po namin na even after the pandemic, this is not the only calamity or natural disaster that our country is going to face so we aspire po to give aid to them as well.”

If you want to support their group, check out their Facebook page here.

Watch the inspiring #BituinNgPagasa video below: