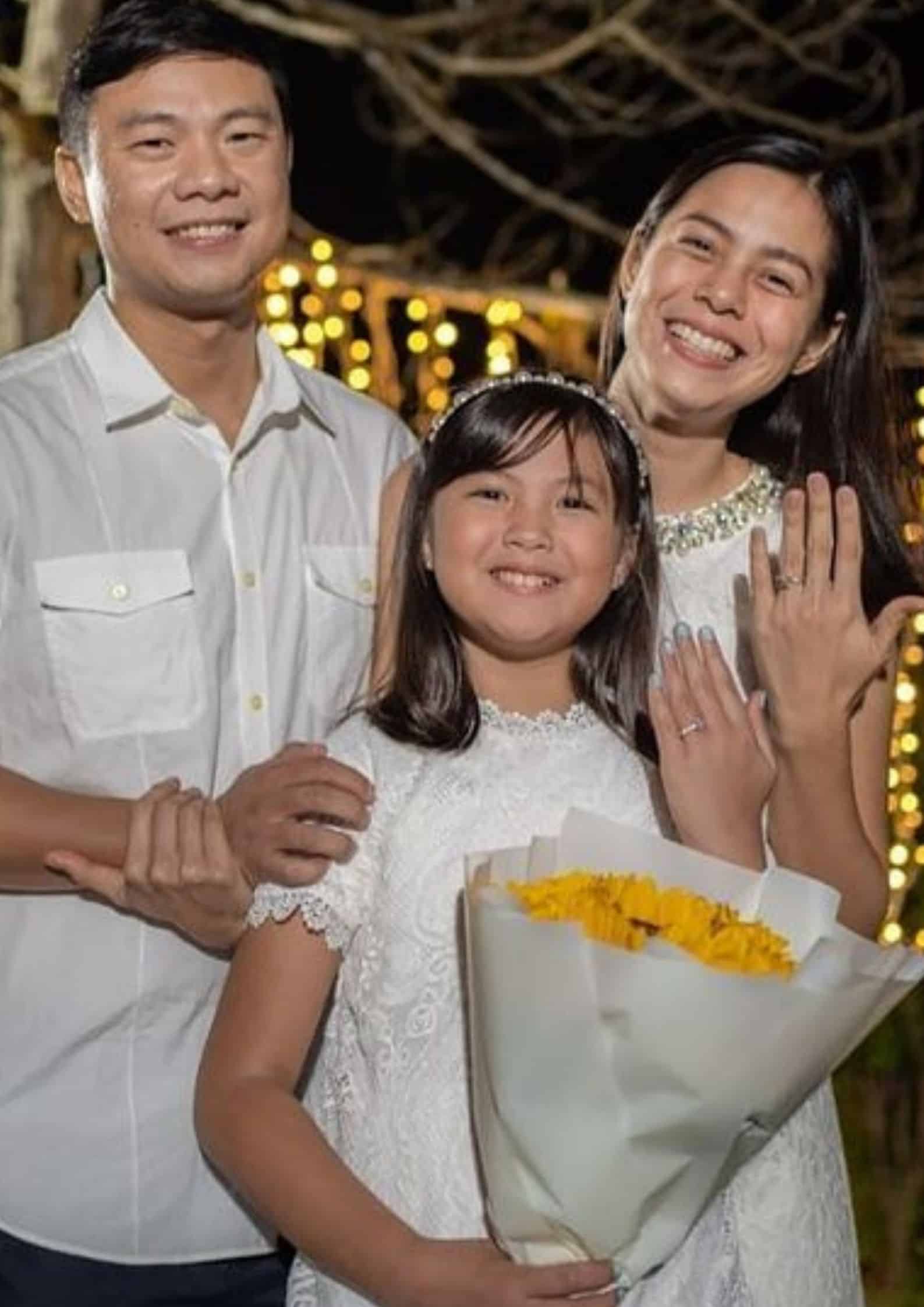 Before they got married, Bettinna Carlos revealed that her husband Mikki Eduardo also got down on one knee to ask her daughter Gummy to be her father.

In an Instagram post on Friday, Bettinna shared photos of her entrepreneur husband popping the question to her nine-year-old daughter on the night before their wedding last December 2.

“He asked her (if) she will allow him to be her father and raise her up to the fear and knowledge of the Lord. To which she said YES!❤,” Bettinna captioned the series of heartwarming pictures from the “proposal”.

Mikki admitted to being “more nervous” when he asked Bettinna’s daughter to accept him into her life, saying, “I had no exact words to say.” He also gave Gummy a ring identical to her mom’s.

“What gave me comfort are the words of God in Rev 3:20, ‘Here I am! I stand at the door and knock, if anyone hears my voice, I will come in and eat with him, and he with me,’”  said Mikki in an Instagram post.

He continued, “And I just took off from that, I asked Gummy if she would accept me to be her father. Thankfully she said yes :).”

Meanwhile, Bettinna said that the proposal was an “answered secret prayer”.

“I asked God to confirm that if Mikki really is His best for us that he would give Gummy a ring, too. After all, he is not just marrying me but her as well. God heard and heeded my prayer. Hallelujah!❤.”

During a virtual parenting and marriage talk hosted by the Christ’s Commission Fellowship on Saturday, the newlyweds shared that their union is a certified pandemic love story.

Though they’ve been going to the same church, they were first introduced to each other only last June.

By August, Bettinna introduced Mikki to her social media followers, sharing how she prayed to God for “a man who is already who he should be’ yung okay na. Ayos na. ‘Wala na kong babaguhin.’”

The two announced their engagement in October and got married in Tagaytay less than two months after.

‘So proud of you’: Anthony Taberna calls daughter Helga a...