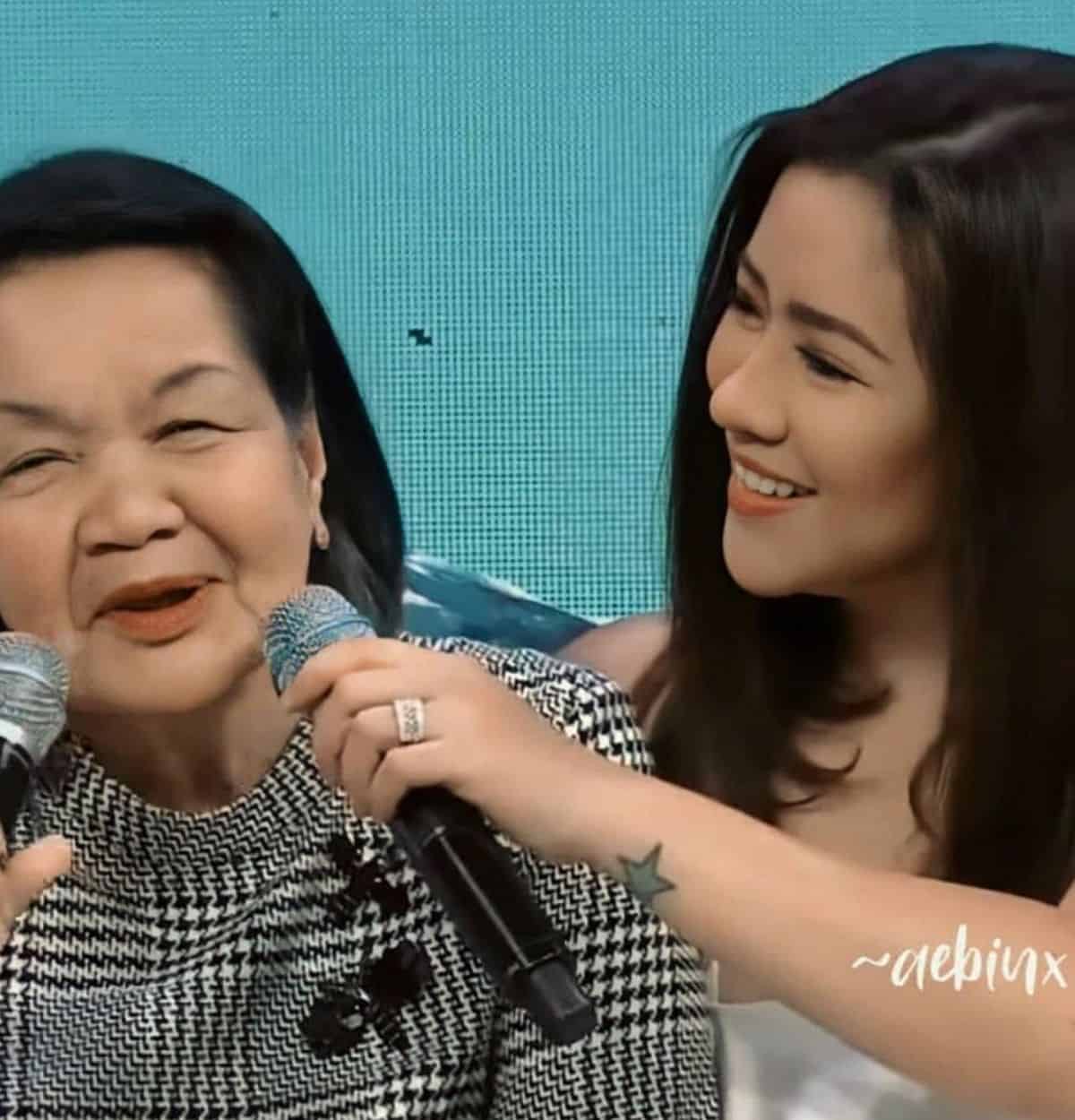 Angeline Quinto is mourning the loss of her adoptive mother Sylvia Quinto or Mama Bob who has passed away Saturday.

“Mag iingat ka sa pag lalakbay Mama,” wrote Angeline along a photo of her embracing her Mama Bob on the hospital bed.

Angeline also thanked Mama Bob for raising and looking after her. The signer first learned that she was adopted by Mama Bob, her biological father’s aunt, when she was six years old.

According to MJ Felipe of ABS-CBN News, Mama Bob had a stroke last September 9 and was hospitalized since then.

Meanwhile, netizens and fellow celebrities offered their condolences in the comments section.

Angeline Quinto puts on hold cremation of adoptive mother due...