LOOK: Angeline Quinto is a glowing mom-to-be during her baby shower 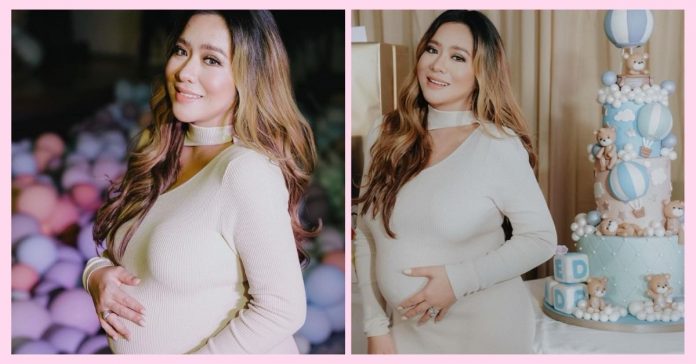 Angeline Quinto is definitely a glowing mom-to-be during her baby shower! The singer shared her snaps from the eventful night she had with her first child’s soon-to-be godparents.

The 32-year-old was more than grateful for the people who made the even possible and to her friends and family who attended her party.

In one of the snaps she shared, Angeline asked her guests to be the grandparents of her child with adorable gift baskets with balloons.

It was in December of last year when the singer confirmed that she is pregnant with her and her non-showbiz boyfriend’s first child together.