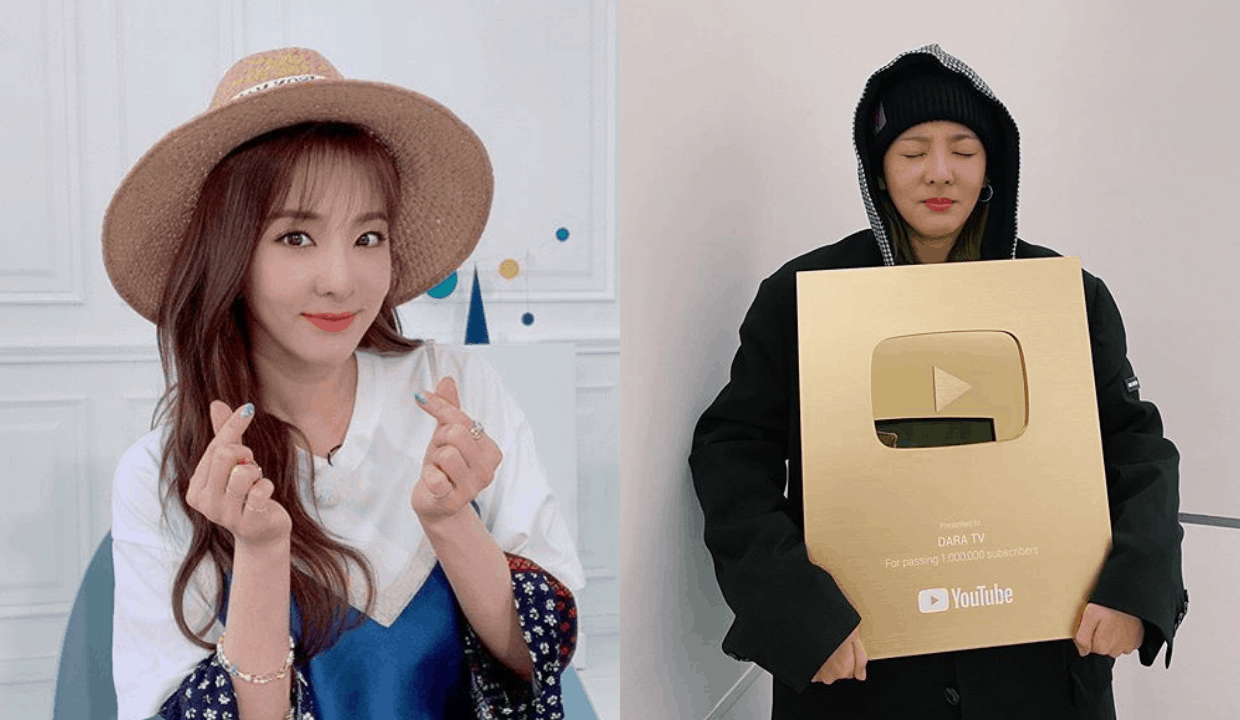 Sandara, known to Filipino fans as Pambansang krung-krung, shared via Instagram on Wednesday a photo of herself holding the gold play button for her channel Dara TV.

“I got the gold button!!!” wrote Dara in the caption.

Dara hit the one-million mark last October, which she celebrated with a live broadcast.

She first launched her YouTube channel in 2017 with contents ranging from song and dance covers, to travel, fashion, food and beauty vlogs.

In a recent vlog, the Korean but Filipina at heart went to a Filipino market in Korea where she ate and bought Pinoy food and goods.