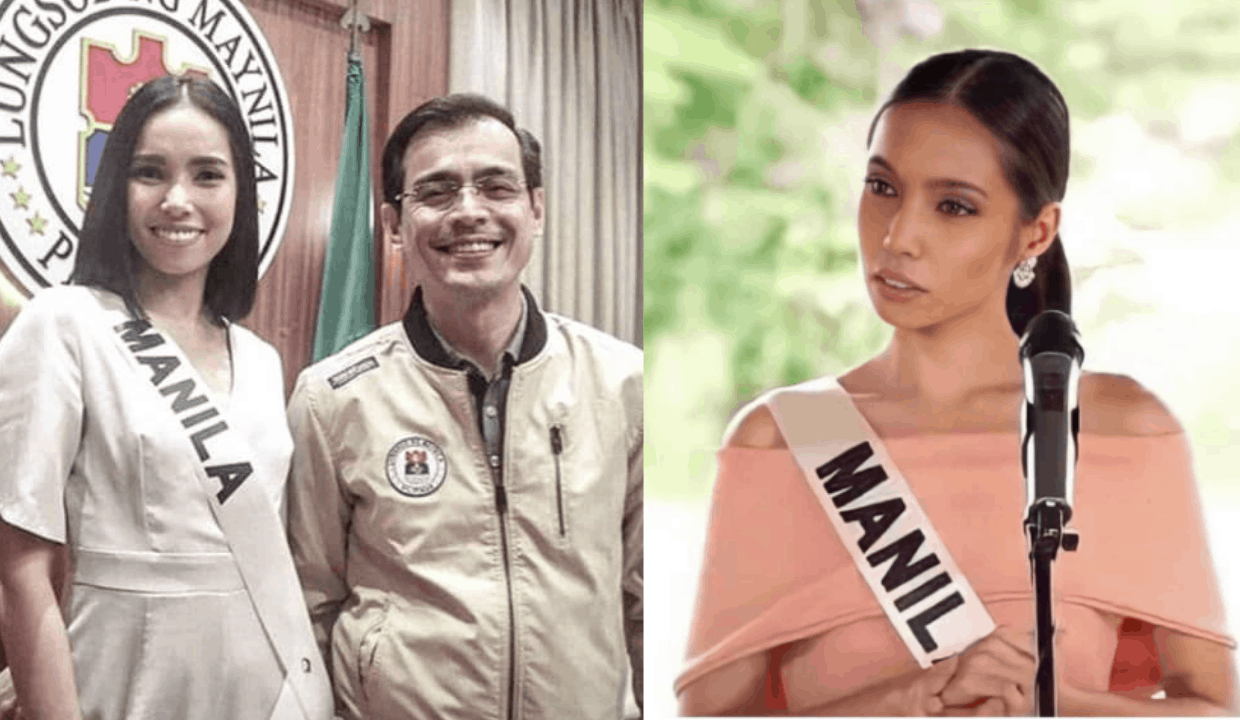 The 25-year-old beauty queen on Tuesday posted a photo of her with the local chief executive via her social media accounts with a caption that made netizens laugh.

Tolongges, which is part of Mayor Isko’s vocabulary to engage his Manila constituents, is street slang for “fool”.

Isko is also known for his use of colloquial terms such as gedli (gilid), etneb (bente) and takwarents (kwarenta), words that are usually twisted or read backwards.

A clip of Alexandra where she uttered “Miss Universe etneb etneb!” has also become a favorite of the online community.

Alexandra recently made buzz online after she won the hearts of netizens for showing her true personality during the pageant’s preliminary interview. It went viral online and has since generated memes.

In a recent Instagram post, Alexandra expressed her thanks and happiness for the support she’s getting online.

Kuya Wil disappointed in Miss Manila after no-show in Wowowin

The Miss Universe bet we never had? Manila’s Alexandra Abdon...