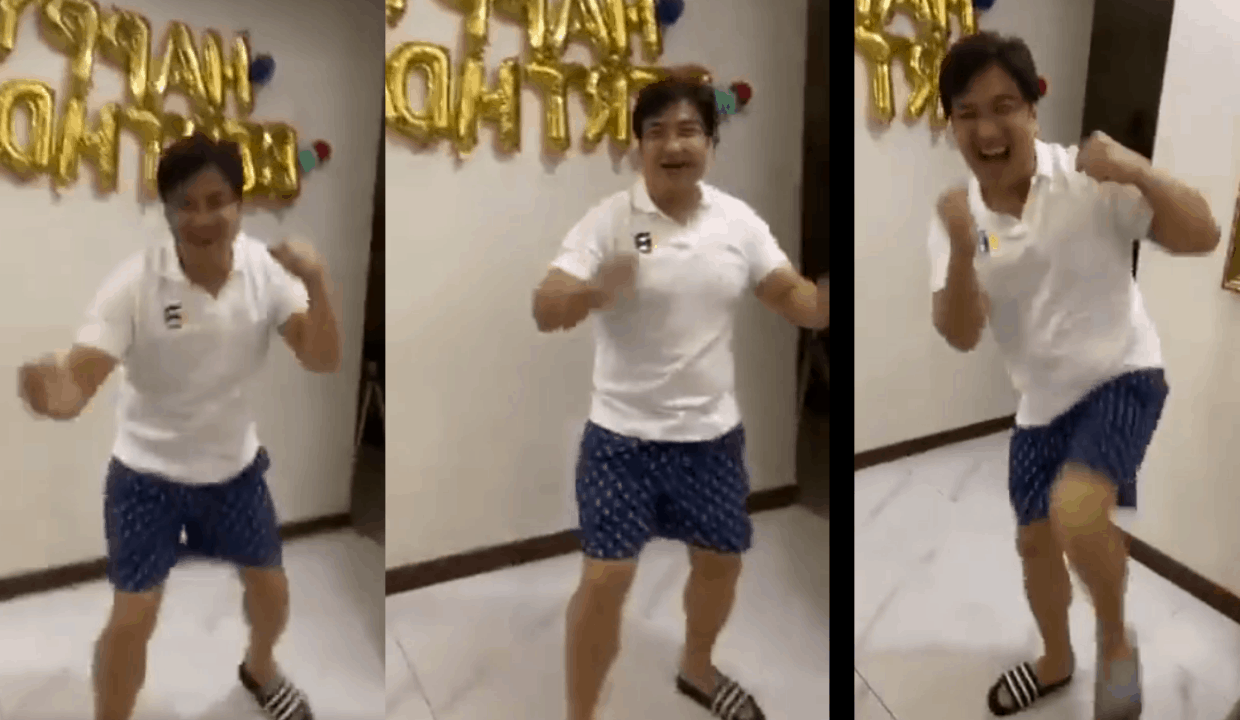 Ramon “Bong” Revilla Jr. showed off his moves as he revived his signature “budots” dance during his 54th birthday salubong on September 25.

Early Friday morning, the actor-turned-politician posted a video which documented the surprise birthday celebration from his family.

Revilla was personally joined by his wife Lani and their children, and other family members via Zoom as they greeted the birthday boy.

The senator was moved with the video compilation of birthday messages from his family members.

At the latter part of the video, his budots campaign jingle was played in the background, and his family members playfully danced to it.

Revilla, nonetheless, did not miss the chance to do the comical dance.

In 2019, Revilla used the “budots” dance craze for his senatorial campaign advertisement, but it generated memes and criticisms online.

The senator, however, credited it for his victory in his re-election bid after being cleared of plunder charges in 2018.

Ramon Revilla Sr. ‘in stable condition’ after being rushed to...

‘So near yet so far’: Bong Revilla and Lani Mercado...