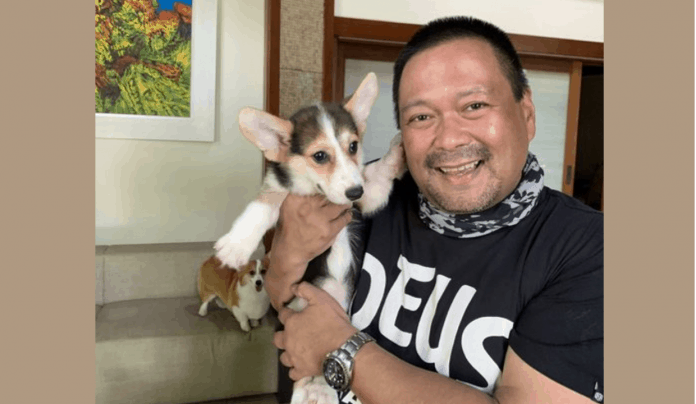 JV Ejercito had a word war with a netizen who suggested to name his pet dog corgi Plunder.

The former senator previously asked name suggestions for the “newest member of our family” on Twitter.

“Can you help me give her a name? Our 2 other Corgis’ names are Waffles and Pancakes,” wrote Ejercito in a tweet.

The reply section were then filled with food-related name suggestions such as Maple, Bacon and Syrup, which Ejercito openly acknowledged.

A netizen, however, caught the attention of Ejercito for replying, “How about Plunder?”

Ejercito responded by asking if it was said tongue in cheek because “that doesn’t apply to me”.

The netizen then told Ejercito that it was merely a suggestion and went on to recommend another name, Dynasty.

Ejercito continued to exchange words with the netizen whom he called a “hater”.

The netizen once again fired back, saying he was “just suggesting a name because you asked”.

The online feud continued with the netizen being blocked by Ejercito later on.

Ejercito also responded to other netizens whom he said had resorted to “character assassination”, reiterating that he has a clean public service record.

He also reminded netizens not to mistake him for his half-brother and former lawmaker Jinggoy Estrada who is facing plunder charges over alleged involvement in the pork barrel scam but has been out on bail since September 2017.

Ejercito, a former senator and mayor of San Juan City, is the son of former president Joseph “Erap” Estrada who was convicted of plunder in 2007, and then granted presidential pardon on the same year.