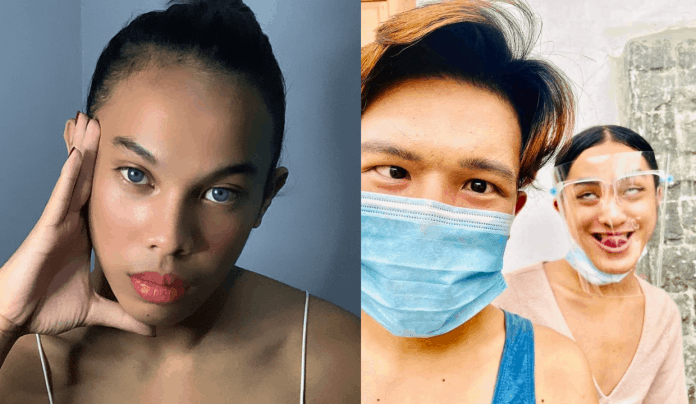 Kapamilya teen actor Awra Briguela had this reaction after social media personality Xander Ford came to the rescue of vlogger Buknoy Glamurrr whom he has been feuding with on Twitter.

The online exchange became a hot topic among netizens after Awra called out the controversial teen vlogger Buknoy in a tweet on Thursday for “violating” health protocols. The criticism stemmed from a viral video Buknoy himself shared on his Twitter account, where he can be seen strolling outside at night with no face mask on.

The post has since been deleted, but some netizens took a screenshot and saved copies of the video which made rounds online.

From one cryptic tweet to another, Buknoy took a swipe at an influencer whom he said should have sent him a personal message rather than lashing out at him in public.

Although no name was mentioned, Awra directly responded to Buknoy’s tweet and started exchanging words with him.

Xander later on joined the fray by tweeting a photo of him and Buknoy wearing face masks.

Buknoy and Xander are both under the same talent agency Star Image Artist Management.

Last June, Buknoy made online headlines for belittling tricycle drivers in a vlog, but later apologized for his actions. (READ: YouTuber Buknoy trends on Twitter for ‘insensitive’ comment on tricycle drivers)

Xander, on the other hand, currently faces indefinite suspension following rape allegations made by his ex-girlfriend in June. (READ: Xander Ford suspended anew by talent agency amid rape allegations)