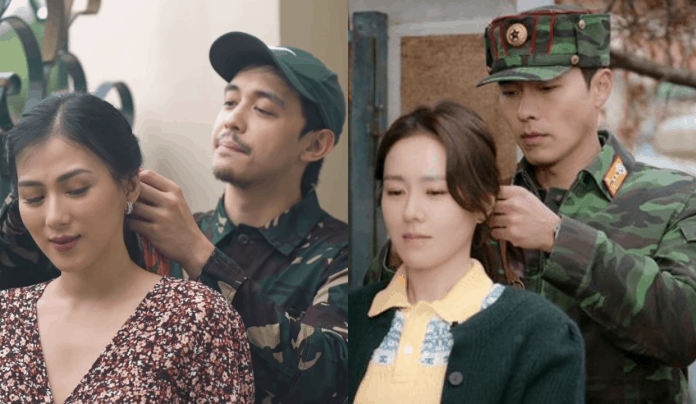 Alex Gonzaga has convinced fiancé Mikee Morada to take on the acting challenge for her latest vlog — a parody of the popular South Korean drama Crash Landing On You (CLOY).

The actress-vlogger on Friday released a hilarious take on the K-drama which she titled “Crush Lande On You” on her YouTube channel.

The 14-minute parody video directed and written by friend director Fifth Solomon elicited laughter and kilig reactions from netizens, and has collected over two million views within a day of its release.

Fans of Alex wondered at how she was able to persuade her non-showbiz husband-to-be, who fans know is a Lipa City councilor.

Nevertheless, Mikee was complimented for showing some acting potential and making the effort to do anything for Alex.

The parody video is currently at the third spot on YouTube’s trending list.

Alex previously reached eight million subscribers on the video-sharing platform and shared a “Pamamanhikan” vlog to celebrate the milestone.