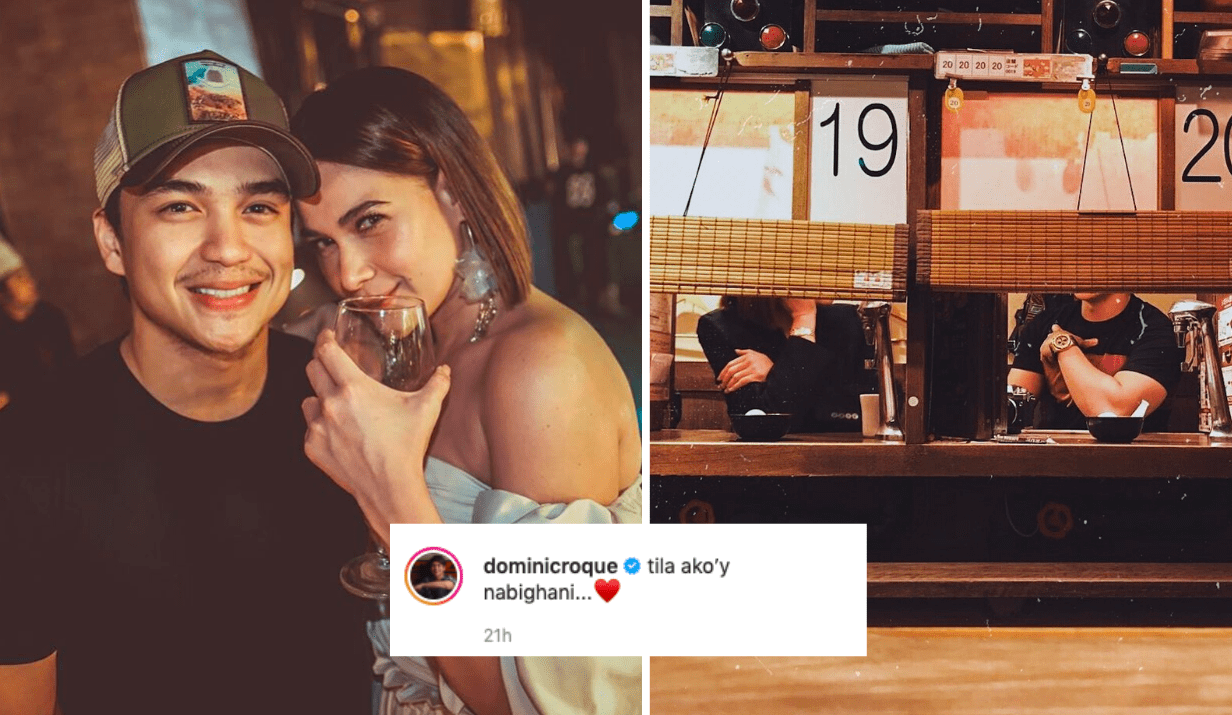 The actor’s photo posted on July 21 featured him and Bea sitting beside each other in what seems to be a restaurant in Tokyo, Japan. Though their faces are not seen in the photo, Dominic tagged Bea in his post.

“Tila ako’y nabighani…❤️,” he wrote as the caption.

This is not the first time Bea has graced Dominic’s Instagram feed.

A past Instagram post of the actor showed him and Bea having drinks with a friend in Japan.

Back in 2019, on Bea’s birthday, the 30-year-old shared their photos during her party.

On Twitter, netizens gushed over what they believed to be Dominic’s “confirmation” of their relationship.

A Twitter user teased actress Ria Atayde, Dominic’s friend, that she is the only single person left in their group of friends with Daniel Padilla, Kathryn Bernardo, Khalil Ramos and Gabbi Garcia.

“Thank you for giving me reasons to laugh today. Hahahaha. Nakakagaan ng loob but also… Grabe ah!!! Hahahahaha,” she said.

LOOK: Bea Alonzo is back on the work grind

Fans surprised at resemblance of Bea Alonzo to Dominic Roque’s...