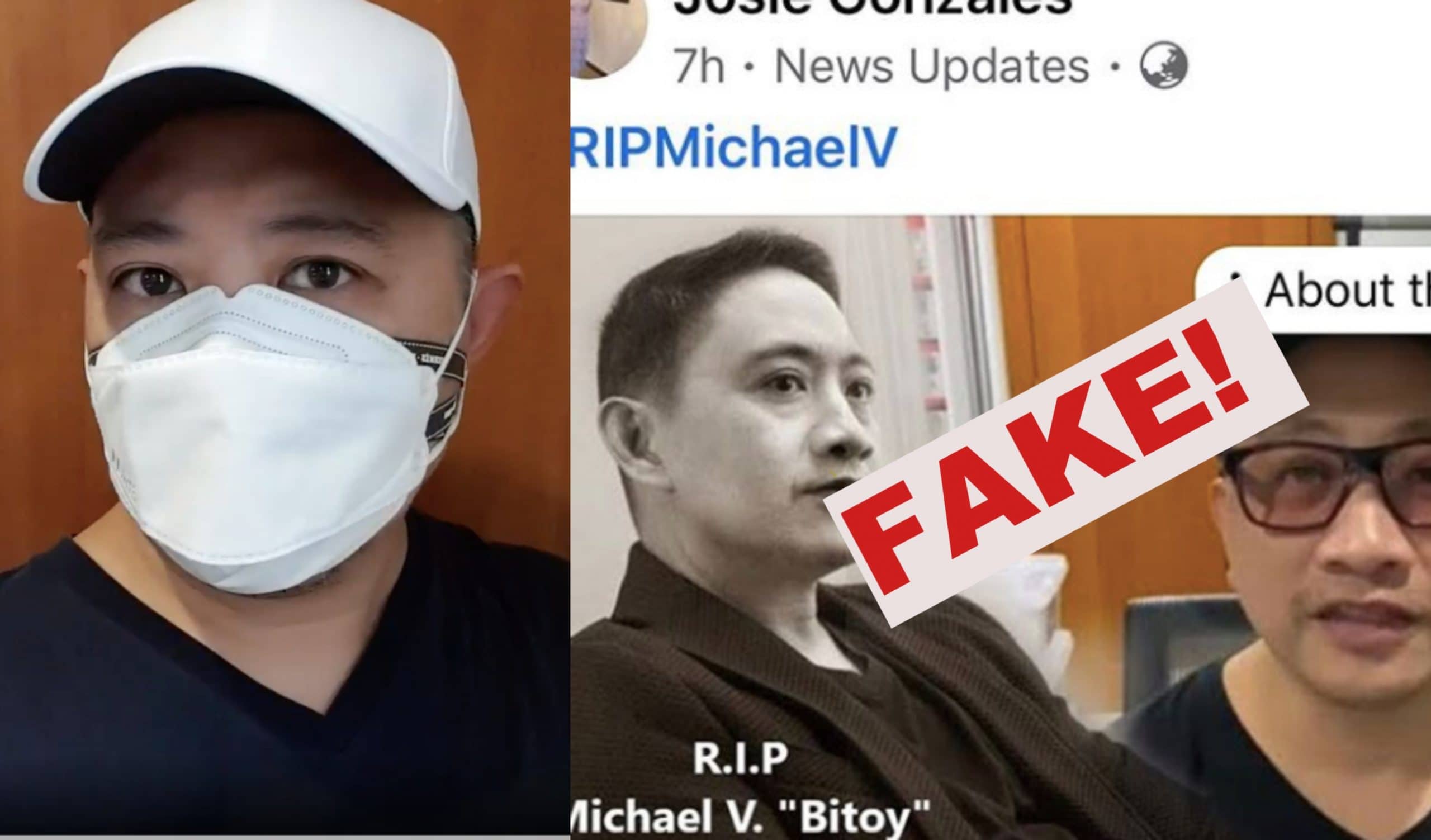 The death hoax surfaced just hours after Bitoy, as the veteran comedian is fondly called, announced that he is positive for COVID-19.

He tried to inject some of his signature humor into his tweet Monday night that warned against the circulating fake news.

But his message was clear — the danger of spreading such false information is no laughing matter.

Bitoy is the latest celeb to have fallen victim to these cruel internet death hoaxes.

Early Monday, the Bubble Gang and Pepito Manaloto lead star opened up to his followers in a YouTube vlog that he tested positive for COVID-19 and is now self-isolating at home.

His vlog documented the days before he decided to take a swab test after experiencing flu-like symptoms, aside from losing his sense of taste and smell.

In a rare display of emotion, the funnyman shed tears as he reflected on the possibility of being infected with the virus.

A few days after his swab test and on the eighth day from when he started exhibiting symptoms, Bitoy received an email of his medical diagnosis that he is positive for COVID.

While emotional in the days before, he was calm as he confirmed his results with the hospital.

Bitoy said in his vlog, “We’ll get through this. We’ve been through worse. Sobrang namimiss ko lang pamilya ko.”

Actress Manilyn Reynes wrote on Instagram: “We, your Pepito Manaloto Family, are praying for you and your family.”

“Always in my prayers my brother. Be healed in Jesus’s name. Love you bro,” Ogie wrote on Instagram.

Michael V is one of the showbiz personalities who went public with their COVID-positive diagnosis.

Actors Christopher de Leon and Iza Calzado, as well as journalist Howie Severino earlier battled the disease and have since recovered.

K Brosas reveals she had ‘mild’ COVID but experience was...