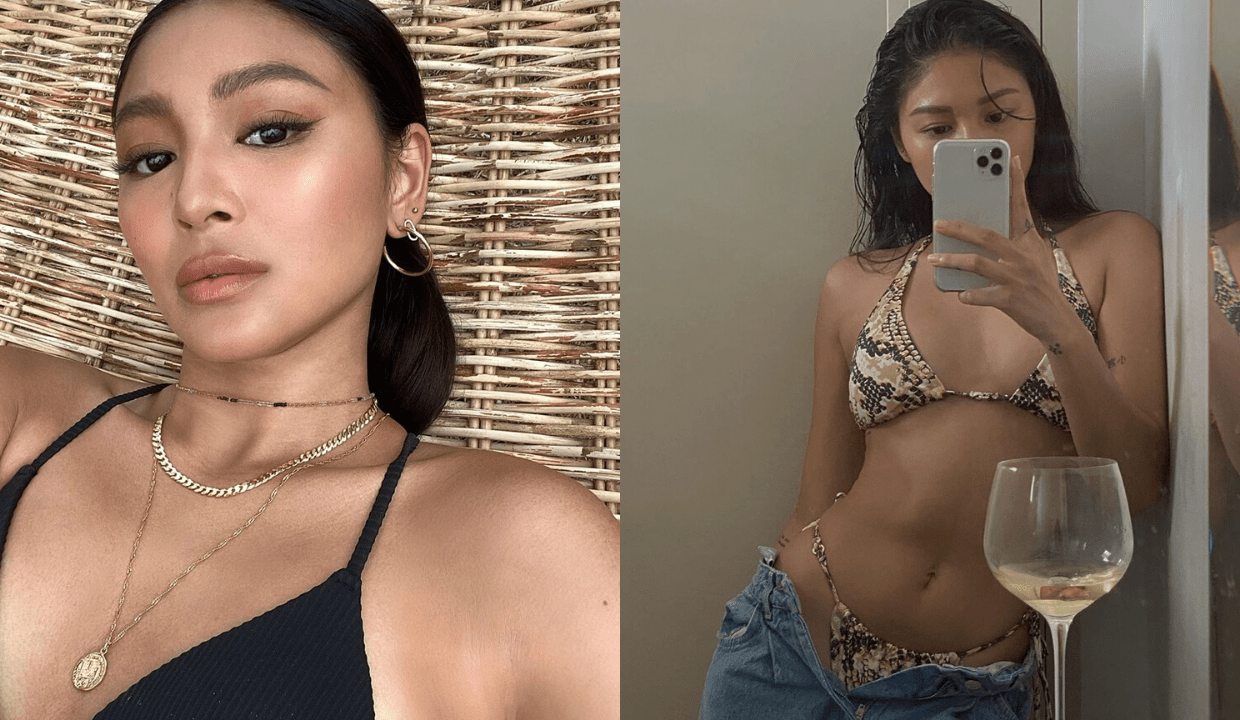 Nadine Lustre recently admitted to having insecurities with her chest, but said she has learned to accept it nonetheless.

The Kapamilya actress recently appeared in an interview on vlogger Angel Dei Peralta’s YouTube channel where she was asked if there’s still anything she is insecure about.

Acceptance is one of Nadine’s ways of dealing with her flaws, as she said that there’s no point in stressing herself about it.

“I just accept it. I mean, am I gonna stress myself about it? Either parang you work out to make it firm or wala eh it’s really fat eh, tanggapin mo. Or you eat more,” she said.

“But ako kasi my body talaga, parang lean talaga ako eh. No matter how much I eat, ‘yung heaviest ko would be 120 na. That’s my heaviest na. Hindi ko na kayang lumagpas ng 120. It’s always been like that,” she added.

Nadine also shared an advice on how one can be confident with their body: “Love yourself. Love the skin that you’re in. And you know, don’t be ashamed of anything. That’s what the universe gave you. Accept it. Just you know, just be yourself.”