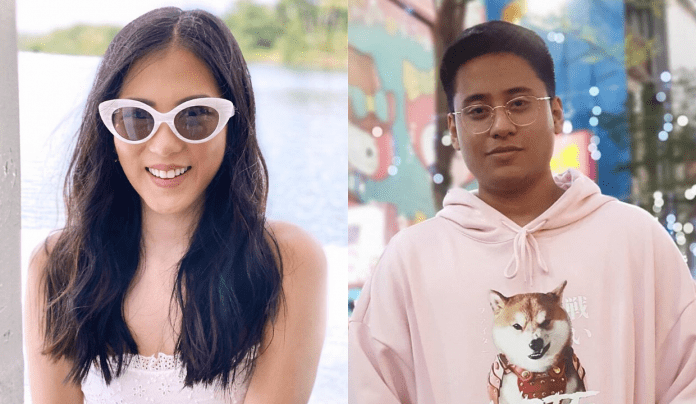 Actress-vlogger Alex Gonzaga and Catriona singer Matthaios’ previous Twitter feud was not for real. In fact, they are having a collaboration.

Earlier in June, Alex and Matthaios engaged in a rap battle on Twitter that gained attention among netizens.

The “Twitter feud” was sparked by Matthaios by roasting Alex’s Amfee song. They then exchanged diss rap lines on the platform.

This drew mixed reactions from the Twitterverse with some taking Alex’s side and lamenting Matthaios’ actions.

Following a handful of hate comments, Alex then asked fans and followers to chill out, saying she has settled things with Matthaios already.

Netizens then speculated on an Alex-Matthaios collaboration after Alex hinted on something to look forward to.

Turns out, the two have really teamed up for a phone brand as seen on Alex’s recent tweets wherein she even used Matthaios’ trademark “Yes sir!” in the caption.

Matthaios, on the other hand, has been sharing fans’ reactions and realizations on the pretend Twitter feud.

Well, people who fell for the trap can now say…issa prank!

Matthaios grateful for inclusion in Disney’s Raya and The Last...