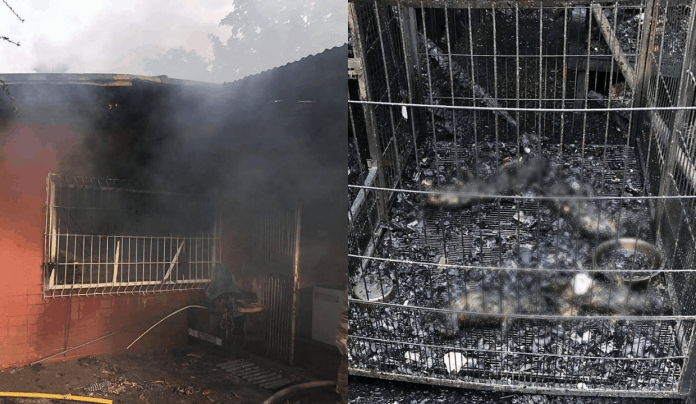 A furmom died while attempting to save her pet dogs from a fire that struck their home in Bacolod City.

According to a Bombo Radyo report on Thursday, Michelle Mirasol, 35, had already made her way out of the burning house with her son and mother when she decided to go back to rescue her nine shi tzu puppies.

The report added that Mirasol was able to rescue three pups, but eventually failed to get out on time due to the rapid spread of fire and got trapped inside.

Firefighters found the victim’s body inside the bathroom and is believed to have died of suffocation.

“To some, the dogs are just but properties, things. To people like Michelle, they are family. And family means no one gets left behind, wrote Pawssion Project.”

“This is so so heartbreaking. Our sincerest condolences to the bereaved family. But our highest respect goes out to you Michelle. You were with your furbabies till the very end. ??.”

Netizens are heartbroken as Star City burns to ashes