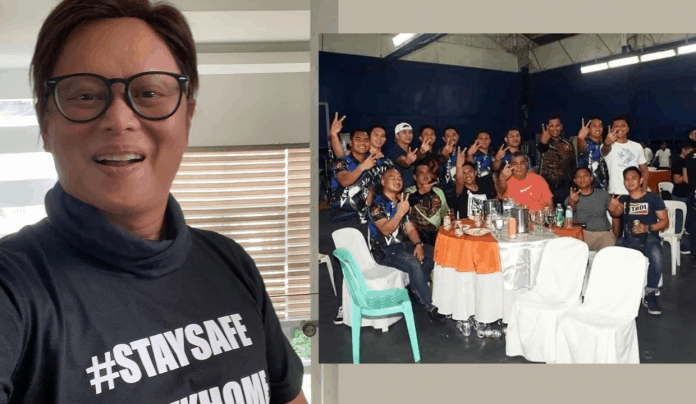 Sinas drew flak after photos of him celebrating his 55th birthday with his men amid the enhanced community quarantine were posted online.

Critics and public officials condemned Sinas’ action, with some calling for his and other involved police officers’ arrest.

While Sinas apologized for his actions, he also claimed that it was a surprise mañanita or morning serenade, not a party, and that some of the circulating photos were edited.

“Some of the pictures circulating in the social media were edited and grabbed from old posts. The pictures may depict itself however it does not define the totality of what really had happened,” said Sinas in a statement.

He added, “Nevertheless, I apologize for what transpired during my birthday that caused anxiety to the public. It was never my intention to disobey any existing protocols relative to the implementation of Enhanced Community Quarantine.”

In a Philstar.com report, Presidential Spokesperson Harry Roque said that Sinas along with other participants of his birthday party are facing criminal charges for violation of quarantine protocols against mass gathering.

Sarah Balabagan confirms Arnold Clavio is father of her eldest...