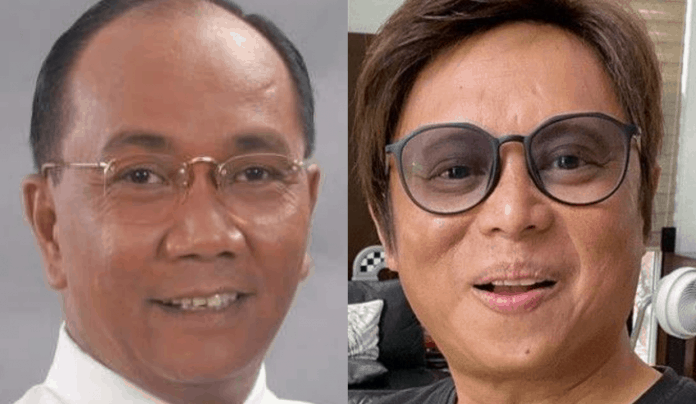 Former broadcaster Jay Sonza gave unsolicited advice to Kapuso newscaster Arnold Clavio who is keeping mum on Sarah Balabagan’s claim that he got her pregnant 22 years ago.

Balabagan, a former OFW and now a US-based radio announcer, ended speculations about the father of her eldest child in a Facebook live last August 22.

In 1994, Balabagan made headlines after she was jailed for stabbing to death her employer in the United Arab Emirates when he allegedly attempted to rape her.

Her sentence was reduced to a year’s imprisonment, 100 lashes and blood money paid by a Filipino businessman before she was sent back to the country.

Balabagan detailed that she met Clavio when he exclusively covered her murder case.

When she got into a relationship with Clavio when she was 17 years old, she said the journalist’s only advice was to keep it a secret.

As of writing, Clavio has still not spoken up on Balabagan’s revelation. Netizens have slammed the news anchor for uploading “hair time” photos instead on Instagram amid the controversy.

Sonza, meanwhile, challenged Clavio to “man up and speak up” on the issue.

“My friend (Igan) your silence is not helping you any. MAN UP. SPEAK UP OR SIMPLY VANISH,” said Sonza in a Facebook post on Wednesday.

Sonza added that admitting his wrongdoings and shortcomings does not make him less of a person.

He also said that Clavio can choose to do the “most honorable thing”.

“If you can’t do this, spare your colleague(s) at GMA from further humiliation and disrespect. Do the most honorable thing, vanish from the public eye.”