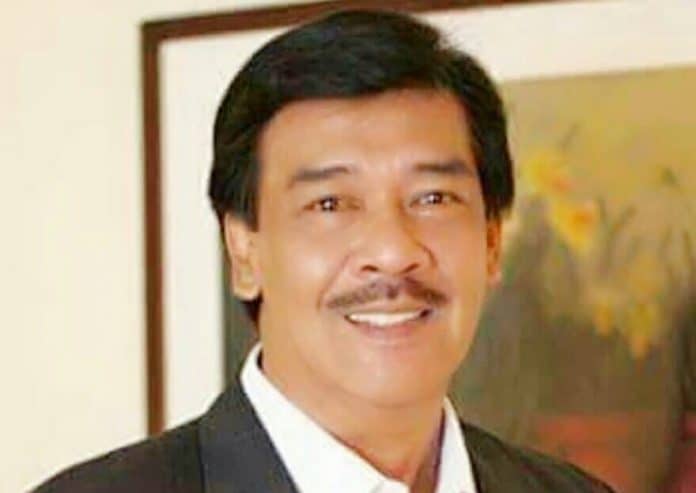 Hagibis band member Sonny Parsons succumbed to a heart attack while riding a motorcycle in Lemery, Batangas past noontime Sunday, a Philippine Star report said. He was 61 years old.

Parsons (whose real name was Jose Nabiula Jr.) was reportedly on his way to Quezon province, and had been riding on his own for almost five hours when the unfortunate incident happened.

Rigor also paid tribute to Parsons on Facebook: “Ride free, Sonny Parsons. We had good, and bad times. Salamat sa mga alaala, lakay. You will be missed. So sad.”

Other friends from the industry also mourned his death.

“Another Legend of OPM’s Pinoy Discorama… REST IN PEACE Senyor Sonny Parsons of HAGIBIS. Ride to paradise my friend ?,” she wrote.

The Batangas police were not yet informed on the incident as of presstime.

Parsons shot to OPM fame as the lead vocals of the ’80s all-male disco band Hagibis, noted for the members’ macho image, costumes and songs about women.

Among the songs the group popularized were Katawan, Legs, Babae and Lalake.

One of their last performances as a group was in the concert Disco Fever Live Musical All Night By: VST & Co, Hagibis, Boyfriends and Sampaguita in December 2019.

Parsons revealed in a 2014 Tonight With Arnold Clavio interview that he was supposed to be part of VST & Co., the popular OPM predecessor of Hagibis credited for introducing the Philippine disco culture in the late ’70s.

Parsons went on to become an actor, most recently appearing on the ABS-CBN teleserye FPJ’s Ang Probinsyano. He also previously joined politics and served as Marikina City councilor, and reportedly had a construction business.

— With a report from Arnell Ozaeta/Philippine Star