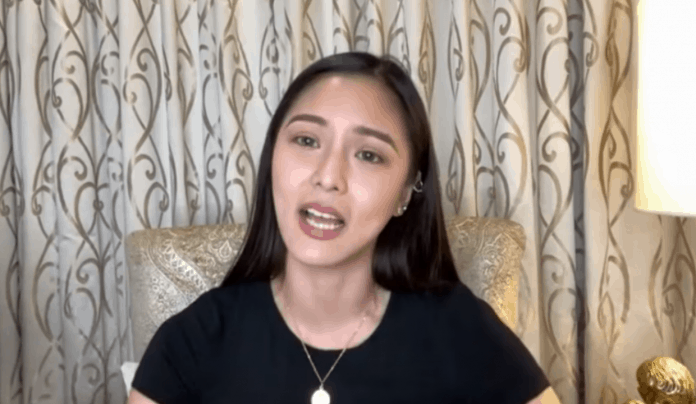 Kim Chiu has apologized for causing confusion over her sentiments during the Facebook Live protest event called Laban Kapamilya on Friday night, saying that she got carried away by her emotions.

The Kapamilya star cited a classroom situation as she was making her case against the National Telecommunications Commission’s order for ABS-CBN to stop its broadcast operations due to the expiration of its congressional franchise.

Kim’s statement has since gone viral, after netizens shared their thoughts on what Kim was trying to say.

The actress then issued an apology online after learning that she was on Twitter’s top trending list because of the statement. She joked, too, that she herself didn’t understand what she was saying.

Kim is among the Kapamilya artists who have been speaking up against the government’s move to halt ABS-CBN’s TV and radio broadcasts nationwide.

During the Facebook live, Kim recalled how her home network has changed her life and made her dreams come true through the reality show Pinoy Big Brother.