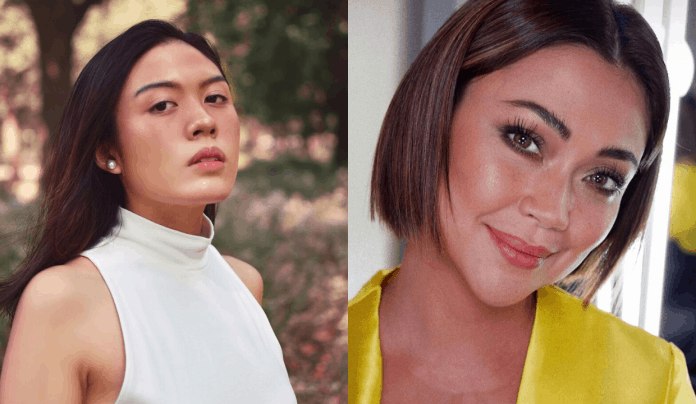 Frankie Pangilinan and Jodi Sta. Maria pledged to help pay for the bail of the 21 Sitio San Roque residents who were arrested by the Quezon City police for staging a rally on April 1. Mass gatherings are prohibited under the Luzon-wide enhanced community quarantine guidelines.

The group that gathered along EDSA in Barangay Bagong Pag-asa was reportedly calling for food and financial assistance. A Philstar.com report said that “support had already been extended to the community, although not all residents have received aid yet.”

In a tweet, Pangilinan offered to sponsor the bail for one of the 21 residents after Bayan secretary general Renato Reyes reposted their lawyer Kristina Conti’s online plea for donations.

Conti noted that the detainees are facing multiple charges and needing at least P15,000 each for them to be released from jail.

“I’ll sponsor one. Please give the details,” said the 19-year-old daughter of actress Sharon Cuneta and Senator Francis “Kiko” Pangilinan.

In another tweet, she said that her parents offered to take care of the other detained residents.

The singer-songwriter also clarified that her intentions for doing so “were empathetic and emotionally fuelled and not directly political.”

“I’m really sorry I don’t normally put that stuff out here but nanginginig ako sa galit and they need to be set free and the faster we can get this done the better,” she explained.

The young Pangilinan is known to be outspoken, often touching on national and political issues in her social media platforms.

The urban poor group Kadamay (Kalipunan ng Damayang Mahihirap), who was earlier blamed for organizing the protest, thanked the Pangilinan family and Jodi Sta. Maria for extending their help. They also denied planning the rally even though they had some members among the protesters.