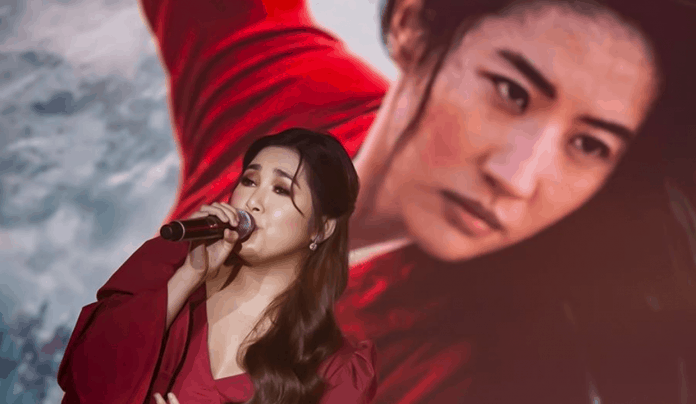 Moira Dela Torre has been selected to sing Reflection, the iconic theme song of Disney’s Mulan.

Walt Disney Studios announced in a Facebook post on Wednesday, that the Kapamilya singer-songwriter will give “her unique take on the beloved song Reflection” in time for the local release of the live-action adaptation of the 1998 animated film on March 25.

Reflection was originally sung by multi-awarded theater actress Lea Salonga (as the singing voice of Mulan) in 1998. A single version of the song was also released by American singer Christina Aguilera in the same year.

Asked about how she felt about being chosen to sing her own rendition of the song, Moira shared in a Myx interview that “it feels great and very, very unreal”.

“Parang very honored, and I’m just so grateful for this opportunity,” she added.

Moira also revealed in an Instagram post that Reflection was the first song she got to perform when she was a young girl.

She also talked about how one of the most beloved Disney songs meant to her as an artist.

“Throughout this once-in-a-lifetime experience of lending my voice to Reflection, I have faced self-doubt and (so much) fear, thinking I wouldn’t be able to measure up. The thought of having to fill such big shoes was very scary to me until I realized that I was chosen so I could pave my own path,” she shared.

Moira follows in the footsteps of fellow Filipino singers Darren Espanto and Morisette Amon who were also tapped to sing the theme song of the Disney live-action film Aladdin.