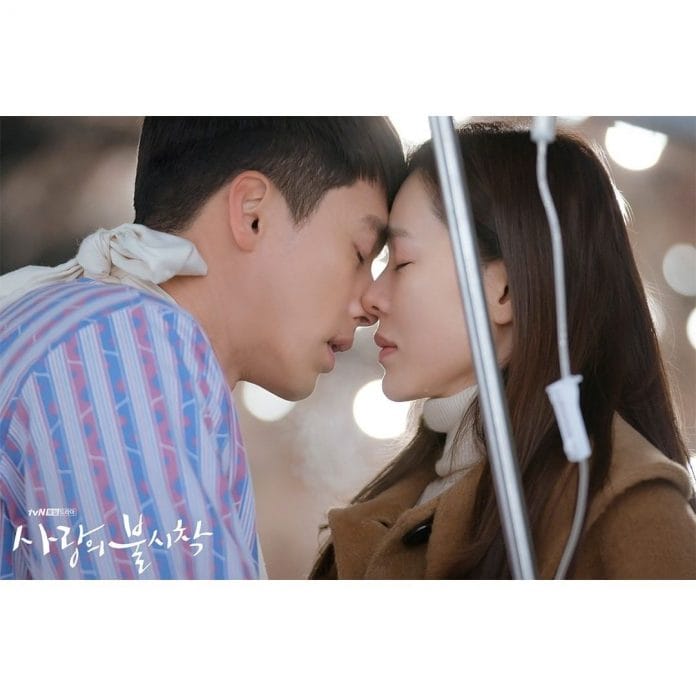 Yes, the “titas” are kilig!

With the last episode of Crash Landing On You (CLOY) airing tonight, will it be a happy, sad or open-ended finale for the hit K-drama about the “cross-border” romance between a North Korean military officer and a South Korean heiress?

Set against the backdrop of inter-Korean relations, the series is topbilled by Son Ye-jin as Yoon Se Ri, the South Korean lady boss who literally crash-lands into the arms of Capt. Ri Jeong Hyuk, played by Hyun Bin, in North Korea after a paragliding accident.

They fall in love and end up rescuing and protecting each other in comical, emotional and indeed “fantastical” ways that still captured viewers’ imagination.

That’s why despite the heartbreak of the penultimate episode on Saturday, CLOY rides high into its finale episode by reaching its highest viewership ratings yet in South Korea, entertainment website Soompi reported.

Citing figures from Nielsen Korea, the February 15 episode hit an average nationwide rating of 17.1 percent and a peak of 19.2 percent, consequently topping its time slot across all channels.

Soompi also noted that it was the No. 1 show among the “key demographic of viewers ages 20 to 49,” scoring an average rating of 11.4 percent and a peak of 12.8 percent.

CLOY remained a “massive hit with female viewers in their forties, among whom it scored a peak rating of 26.1 percent,” it stressed.

Here in the Philippines, the drama that can be viewed via global streaming service Netflix has secured its own loyal following, emerging as a top trending topic during its weekend airing.

Filipino celebrities and personalities have also caught the CLOY fever.

Former Sen. JV Ejercito tweeted that he just checked out CLOY out of curiosity and instead found himself getting addicted to the K-drama as well.

Singer-TV host Karylle and actress Yasmien Kurdi are also fans of the show’s stars and are closely following every twist and turn of the 16-episode series.

On Saturday, presidential daughter and Davao City Mayor Sara Duterte-Carpio took to Instagram to post a photo of herself edited into a CLOY poster as Se Ri to Hyun Bin’s Ri Jeong Hyuk. You can’t blame her for joining the fandom!

Meanwhile, the CLOY lovebirds face yet another tough test in the tear-jerking Episode 15.

Spoiler alert: Se Ri is in critical condition again due to complications from her previous gunshot wound after a tense face-to-face conversation with Ri Jeong Hyuk. He lies that he came all the way to South Korea to use her for her money and influence, and not because he wanted to save her (again!) from resident bad guy Cho Cheol-gang.

Despite the strong denial of his true feelings, Ri Jeong Hyuk can’t help but rush to the ICU immediately after learning that Se Ri is already fighting for her life.

Will the newest favorite K-drama couple #RiRi make fans happy by ending up together and finding their forever?