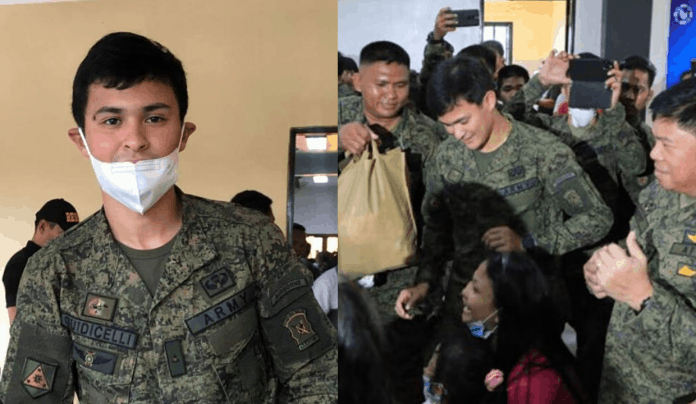 Second Lt. Matteo Guidicelli has extended a helping hand to the victims of the Taal Volcano eruption.

The actor-host along with fellow army reservists personally distributed bags of relief goods to Taal eruption evacuees in Sto. Tomas, Batangas on Tuesday.

“We thought about how we could help our kababayans that’s why I asked my friends what we can contribute and this is what we’ve gathered so far. I am also urging the others to take part,” said Guidicelli as quoted in a post by the Philippine Army on Facebook.

The Filipino-Italian actor decided to join the military reserve force back in April 2019 to show his love for the country.

The post also mentioned that “the relief items which were delivered to the displaced families came from the initiative of private individuals and business entities yesterday.”

“The Philippine Army provided trucks and personnel to help transport the donations,” it added.

In a tweet by ABS-CBN reporter MJ Felipe, Matteo will be visiting other areas affected in Batangas and be back with more relief goods.

Matteo had earlier expressed his desire to reach out to the Taal Volcano eruption victims on his social media accounts.