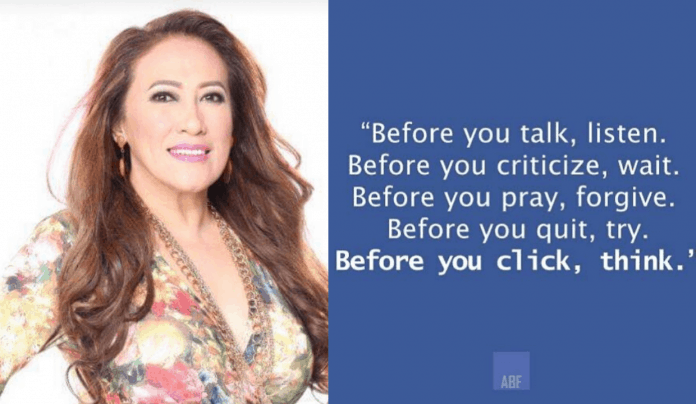 During a press conference for her upcoming comedy film D’Ninang, the comedienne-actress said that while she has nothing against same-sex relationships, she doesn’t believe in same-sex marriage, saying that it goes against the teachings of the Bible.

She also mentioned declining several gay friends who invite her to become a godparent in their wedding.

Her remark irked netizens mostly coming from the LGBT community, including celebrity photographer BJ Pascual and actor-writer Juan Miguel Severo, who took to Twitter to express their displeasure over her stand against same-sex marriage.

She also noted that she’s ready to be their godparent should the time come when their minds will be “enlightened”.

Ai-Ai delas Alas gets apology from teacher who called her...

‘This is our country, you have to follow our rules’:...