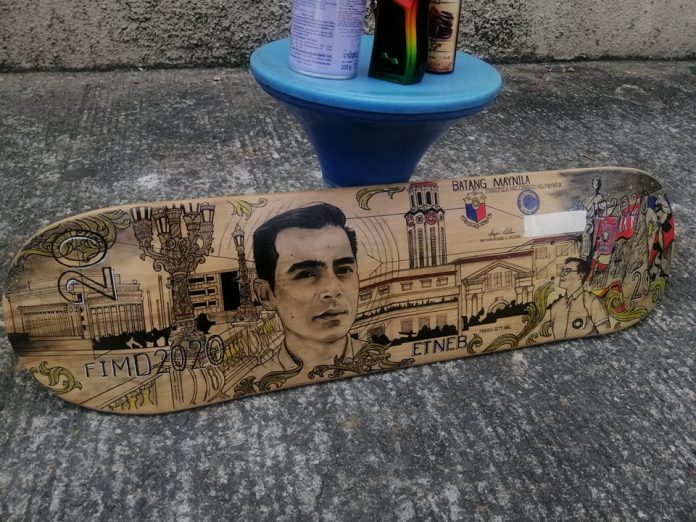 A tattoo artist went viral for designing a skateboard inspired by Manila Mayor Isko Moreno Domagoso. The artwork is based on the look and layout of a 20-peso bill but with the mayor’s face on it.

Manila landmarks such as the City Hall, Jones Bridge and Andres Bonifacio monument are also featured.

Bryan Villena, an artist from Balic Balic, Sampaloc, Manila shared why he chose the actor-turned-politician as his inspiration for the artwork.

After being elected as the chief executive of the City of Manila last year, the social media-savvy Mayor Isko — more popularly known as “Yorme” — went viral several times for actions praised by netizens as “good governance”.

Villena shared that his design was also meant to welcome the new year 2020 and soon-to-be-launched 20-peso coin to replace the currently circulating 20-peso bill.