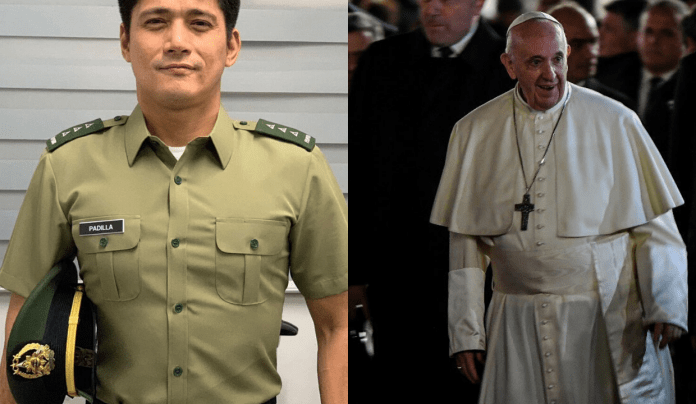 Robin Padilla, who is known as a devout Muslim, has gone out of his way to show support for the head of the Catholic Church.

Pope Francis was recently criticized for angrily slapping a woman’s hand after she grabbed and pulled him towards her while he was greeting pilgrims outside the Vatican during New Year’s Eve.

The pope immediately said sorry for losing patience and being a “bad example” during the incident.

The actor on Thursday came to the defense of the pope and posted his sentiments on the issue.

According to Robin, it was just normal for an 83 year old to react that way.

Robin added that he, a muslim, is defending the pope and “I hope the Catholics will do the same.”

“May Allah have mercy on us,” he ended his post.

“People let us be human,” he also told the commenters on his post.

This wasn’t the first time that Padilla showed support or posted about the pontiff.

Back in 2015, Robin also shared a photo of Pope Francis on TV delivering a Mass, while expressing his hope for national leaders of the predominantly Catholic Philippines to be moved by his “revolutionary sermons.”

Lindsay De Vera speaks up on rumors linking her to...