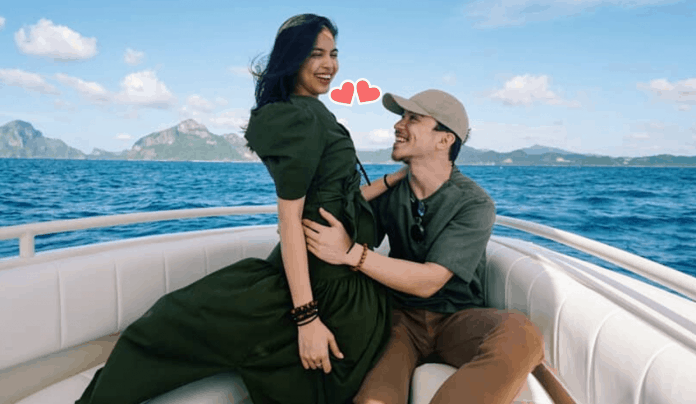 Fellow celebrities showed love for Arjo Atayde and Maine Mendoza as they celebrated their first year together as a couple.

The lovebirds marked their first anniversary with an intimate trip to the beach.

On Saturday, the couple both shared on Instagram sweet photos of themselves, which were accompanied with romantic messages addressed to each other.

“Happy first,” Maine captioned a photo of herself being held by Arjo, who was also lovingly looking up at her, on what appears to be a yacht.

Her boyfie replied: “I’m crying… I love you”.

In another photo shared on Arjo’s Instagram, the couple was holding hands with the beachside sunset as their backdrop.

Arjo wrote: “Thank you for everything, babs. Happy first anniversary!!! I love you ❤️.”

Fellow celebrities happily greeted the two on their milestone:

“Very happy for you both ???,” Bianca Gonzalez said.

“So happy for you both! happy Anniversary!!!” Iza Calzado wrote.

Other celebrities just left bunch of heart emojis in the comment section.