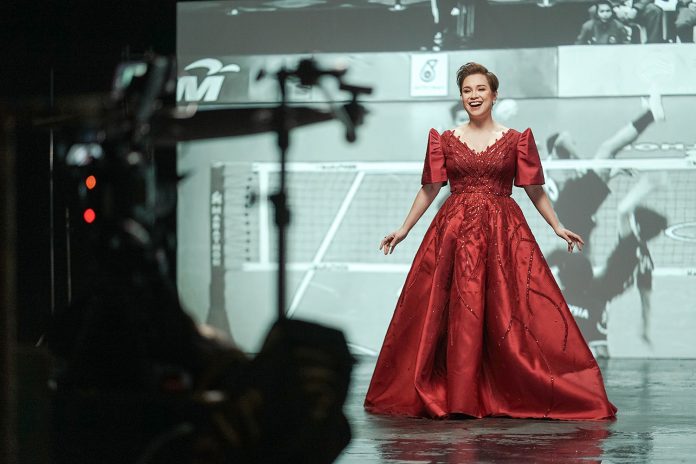 Even before Broadway star Lea Salonga was asked to become the voice of the Southeast Asian (SEA) Games 2019 theme song We Win As One, she had already said yes to projects that would make it impossible for her to grace the opening ceremony on November 30 at the Philippine Arena.

Foremost of these engagements is starring in Atlantis Productions’ musical thriller Sweeney Todd in Singapore after its Manila run in October.

As early as September, during the launch of the theme song, the Voice of the Philippines coach confirmed she won’t be singing it live at the grand event to officially open the 30th edition of the biennial sporting showdown.

Nevertheless, Lea felt honored to have recorded the song and starred in the promotional music video featuring past SEA Games highlights. We Win As One was written by TV director-writer Floy Quintos and composed by National Artist for Music Ryan “Mr. C” Cayabyab.

“It’s unfortunate that I will not be able to perform it when the ceremonies open. I already had three previous engagements and commitments prior to being asked to sing this. So, sayang lang. But I wish everyone the best for a wonderful opening ceremony.”

On Monday, she reiterated this reason when she took to her social media to announce she was leaving for Singapore for a 14-show Sweeney run, from November 28 to December 8, at the Marina Bay Sands.

Lea is in the midst of a very busy year. She just wrapped up The Voice Kids and squeezed in several shows in Australia between the Manila and Singapore stagings of Sweeney.

When asked who she thinks would best perform the song during the opening ceremony, she said, “I don’t know, I mean the delivery may have to be a little different so that it’s different from this. I don’t (know) with the organizing (committee) but you pick reliable people. It’s not just the people who sound good live, you pick the people who under enormous pressure will perform.”

In a separate interview, Mr. C encouraged the public to watch out how the song will be performed during the opening ceremony at the 55,000-seater arena.

“It will be sung by 11 performers representing the 11 countries of the ASEAN group of nations,” he said.

The musical spectacle will be produced by an international group Fivecurrents, the live content creators behind the opening and closing ceremonies of the 2012 London and 2016 Rio de Janeiro Summer Olympics, together with Filipino production groups. Dress rehearsals are being set for today.

Earlier in media interviews, House Speaker and Philippine Southeast Asian Games Organizing Committee chair Alan Peter Cayetano promised the opening will be one of the top highlights of SEA Games 2019.

“Let me assure you it is one of the highlights of the opening ceremonies. The opening is not only symbolic, it really dictates the tone and the momentum of the game,” he said.