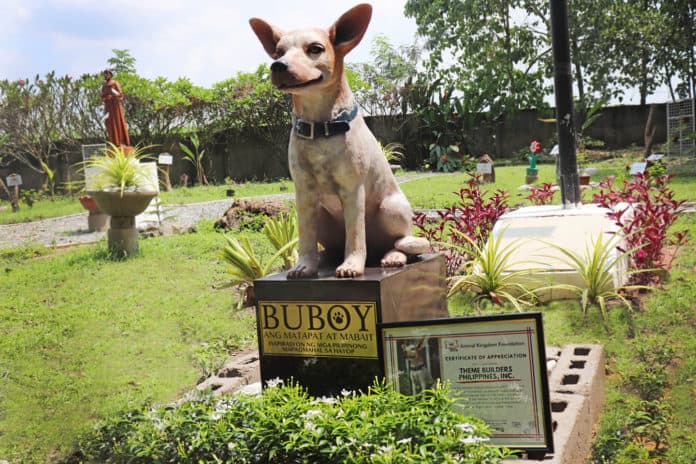 A statue was built in Tarlac to honor “Buboy,” the viral dog dubbed Pinoy Hachiko for his loyalty to Carmelito Marcelo, a professor who died of stroke in May.

On Facebook, the Tarlac-based non-government organization Animal Kingdom Foundation (AKF) posted a photo of the statue in its animal cemetery in Capas, Tarlac on Saturday.

The dog went viral after a post on social media showed him still visiting the classroom of his late pet owner at the Mabalacat City College in Pampanga.

One month after Marcelo’s death, Buboy was reunited with his human after being hit by a vehicle.

It broke netizens’ hearts and drew comparisons to the story of the Japanese dog Akita Hachiko, who stayed faithful to his master, also a professor, even after his death.

The statue of Hachiko can be seen in Tokyo, Japan.