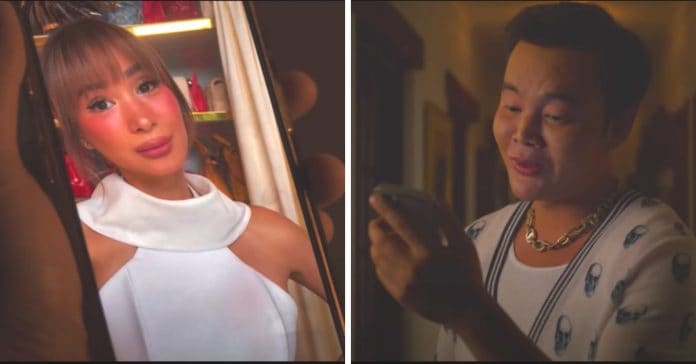 Heart Evangelista has another appearance in an international production!

The actress was spotted with Kane Lim in the trailer for the romantic-comedy film, The Wedding Hustler.

In the two-minute-long clip, Heart was in a video call with the Bling Empire star talking about the love problems of the film’s lead stars, Hillary and Chris Soriano.

“Well, you know what, love is love. Now, if they really love each other, they’re gonna work it out,” she said.

The Wedding Hustler features a “couple who is unable to pursue their wedding due to the COVID-19 pandemic,” the movie’s website indicated.

While the official release of the film has yet to be announced, it will be available for streaming on Amazon Prime soon.

This isn’t Heart’s first international appearance this year. The 37-year-old appeared in Netflix’s reality show Bling Empire for a cameo back in October.