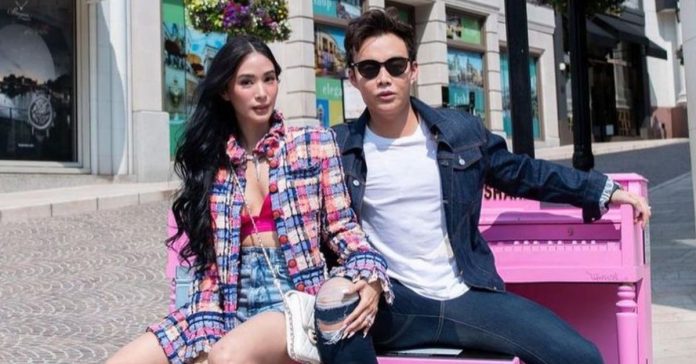 After months of speculation, Heart Evangelista finally confirmed that she made a cameo for the hit American reality series Bling Empire.

The actress took to social media to surprise her fans just minute before the Netflix show’s third season dropped.

On another tweet, Heart thanked the stars of the reality show Kane Lim and Kelly Mi Lifor being “angels” to her.

She said: “It was a fun cameo. Thank you Bling Empire for the sweetest party. To Kane and Kelly you are angels.”

Meanwhile, Heart shared a clip from her appearance on the show on Instagram. On the video, the reality stars welcomed the Kapuso star with a party.

It was back in August of last year when fans first speculated a Bling Empire appearance from Heart after she was photographed with Kane and Kelly.

READ: Is Heart Evangelista the newest star in Bling Empire