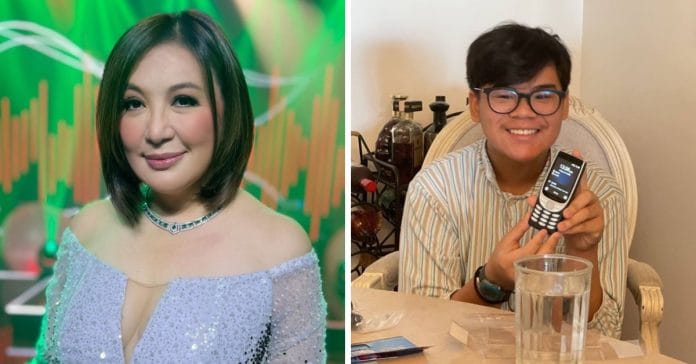 Sharon Cuneta’s parenting skills were praised by her fans after she revealed what she gave her son Miguel for his 13th birthday.

The Megastar took to social media to share that her son received a “new and simple” phone.

In the snap, Miguel smiled for the camera as he held up his new phone equipped with physical QWERTY keyboard.

She explained that her all her kids started out with simple cellphones instead of the more modern smartphones.

“Look how happy he was to finally get one,” she added.

Under the post, fans couldn’t help but gush over their family’s simplicity.

One netizen responded: “I love how you raised them ate. Not entitled. Saktong saktong lang. Lucky kids.”

“Gugie’s simplicity is extreme even though we all know that he comes from a well-known and elegant family, especially his mom The Megastar Sharon Cuneta herself who is known by many and one of the most respected actresses in our country,” another Instagram user wrote.