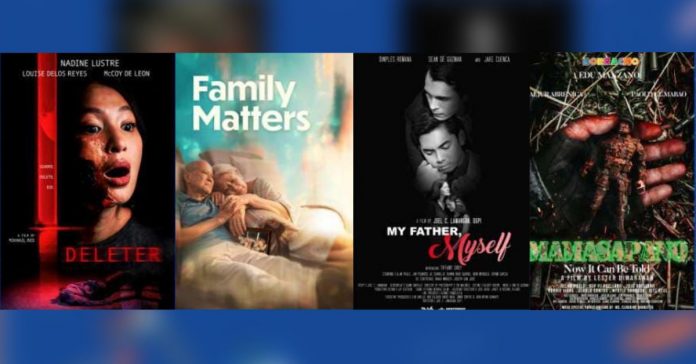 The official entries for this year’s Metro Manila Film Festival are out. These films will be available in cinemas starting on Christmas Day, December 25.

In a Facebook post on Thursday, the MMFF committee revealed the four finished films joining the four other previously announced entries in July.

According to the MMFF selection committee headed by Boots Anson-Rodrigo the eight entries were deliberately chosen based on Artistic Excellence (40%), Commercial Appeal (40%), Filipino Cultural Values (10%) and Global Appeal (10%).

With the theme “Balik Saya”, the 48th MMFF will run from December 25 to January 7 in theaters nationwide.

“Let us watch the MMFF in theaters once more. We are happy with the list of entries, which has a wide mix of genres. We are excited and looking forward to MMFF 2022 becoming a success,” said Dimayuga.

Quezon City is set to host the Parade of the Stars while the Gabi ng Parangal happens on December 27.