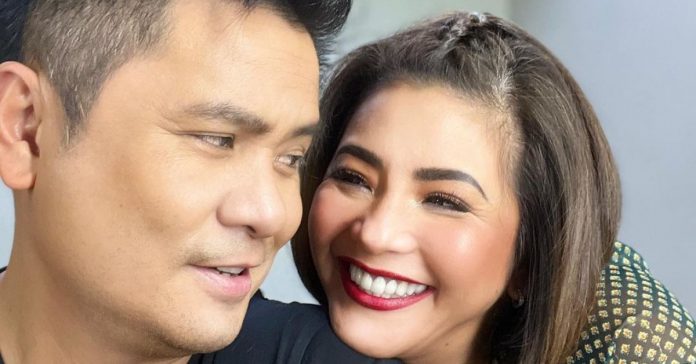 Ogie Alcasid was quick to react on rumors that he and his wife Regine Velasquez are going through bumps in their marriage.

The veteran singer took to Twitter to refute such speculations by assuring fans of his love for his wife.

“I have read some tweets about my wife and I having marital problems. For the record, wifey and I are so much in love and there has not been a day where that love has for each has ever diminished,” he wrote.

In another tweet, he expressed he hopes his fans would experience the blessing of a great love.

“Guys, I wish you would really experience great love. It truly is a blessing,” he said.

Back in March, Ogie responded to another tweet which claimed he was reduced to being the husband of the singer.

“Hey my bro, I just want to let you know that I take pride of being [a] husband to the kindest and most loving human one can ever meet. Peace,” his tweet read.

READ: Ogie Alcasid reacts to tweet claiming he was ‘reduced’ to being husband of Regine Velasquez

Ogie Alcasid reacts to tweet claiming he was “reduced” to...

‘I was the third party’: Regine Velasquez turns emotional as...

Here’s why Ogie Alcasid and Regine Velasquez have decided to...