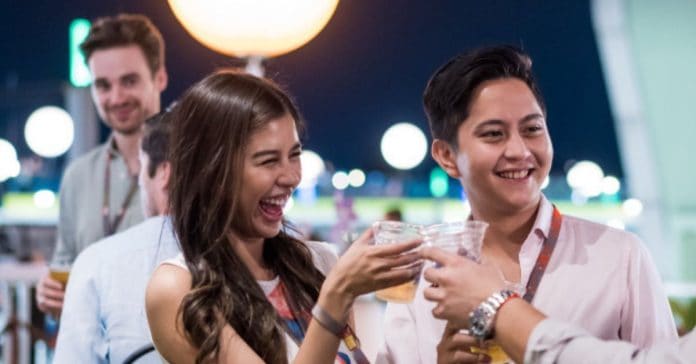 Ilocos Norte Representative Sandro Marcos and rumored girlfriend Alexa Miro were spotted together at the F1 Grand Pix in Singapore.

A snap of the two spending time together at the recent racing event was uploaded on the photo gallery of Singapore Grand Pix’s official website, which has since garnered attention online.

The photo showed the two smiling together while having a drink with some company at the said affair.

Sandro and Alexa have been speculated to be in a romantic relationship following several sightings of them together.

Alexa, however, said she’s just been longtime friends with Sandro.

The presidential son also reiterated in an in a separate interview that he’s not dating anyone.

The two have been reported to be dating since 2021.