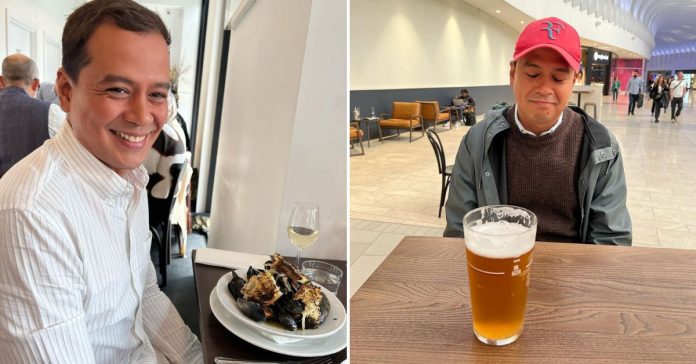 On her personal Instagram page, Isabel has been sharing snaps and clips of her and John Lloyd’s as they witnessed the said tournament which featured Swiss tennis legend Roger Federe who made his retirement after the match.

“I was going to do a voiceover but gots nothing to say really — or reel-y.

“Got to say goodbye to my hero and onesided bestfriend @rogerfederer,” wrote Isabel of the 20 20 Grand Slam winner and their Laver Cup experience.

The artist and illustrator also uploaded snaps of the actor having a drink of beer and dining out with a companion.

John Lloyd has been speculated to be dating Isabel since last year, but the two appear to keep their relationship lowkey.

Isabel previously shared snaps of her bonding with Elias, John Lloyd’s son with ex-partner Ellen Adarna. She also spent time with the father and son on the actor’s birthday last June.