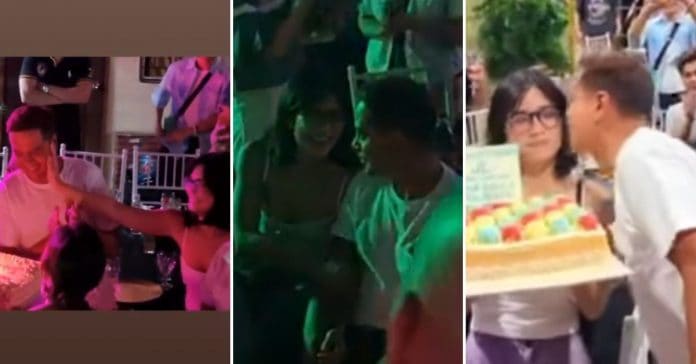 John Lloyd Cruz celebrated his birthday with his son Elias and rumored non-showbiz girlfriend around.

The actor seemed to get a surprise birthday celebration from Isabel Santos on the set of his TV sitcom Happy ToGetHer.

In a video shared by Jayson Gainza, Isabel was holding a cake while John Lloyd’s co-stars were singing him a happy birthday.

Jayson also posted other videos via Instagram stories where John Lloyd was spotted in a rare cozy moment with Isabel.

The two have been rumored to be dating since 2021, but have neither confirmed nor denied the speculations.

Isabel is an artist and illustrator whom John Lloyd reportedly met at an art exhibit in 2017.