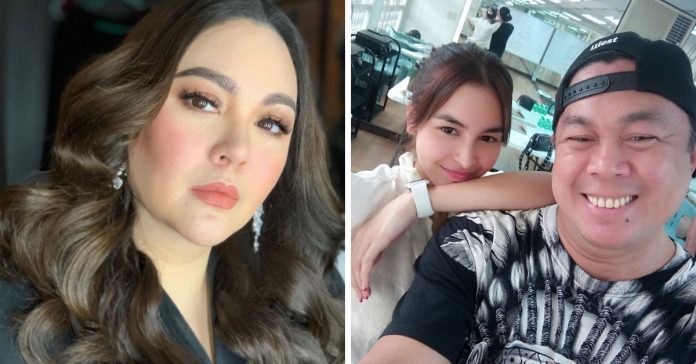 Claudine Barretto asked former brother-in-law Dennis Padilla to refrain from lashing out at his children on social media.

Claudine’s statement came after Dennis reacted negatively to Julia’s remarks about their current relationship in an interview with broadcast journalist Karen Davila.

In the said interview, Julia mentioned that she’s once again not on speaking terms with her father, admitting she’s scared of getting caught up with the cycle of “making up and getting hurt again”.

Julia, in the same interview with Karen, expressed hope that she and her mom Marjorie Barretto will also be reconciled with her estranged aunts Claudine and Gretchen after their past public rift.

“Even after things have been said and done, I just feel like the fact that it was painful for each other, it means there was love in the first place,” said Julia.

“I feel like there’s hope. If I’m affected, it’s for my mom, because I do know how much love she has for them,” she added.

On the other hand, Dennis Padilla, urged Karen to be fair and also get his side on the matter in one of the series of his now-deleted Instagram posts.

Dennis also expressed dismay, claiming that he had already asked forgiveness from his family for his shortcomings but to no avail.

To recall, Dennis also aired his frustration when he did not receive a Father’s Day greeting from Julia and two other children from ex-wife Marjorie Barretto last June.