WATCH: Vilma Santos is an emotional lola-to-be after finding out Jessy Mendiola’s pregnancy 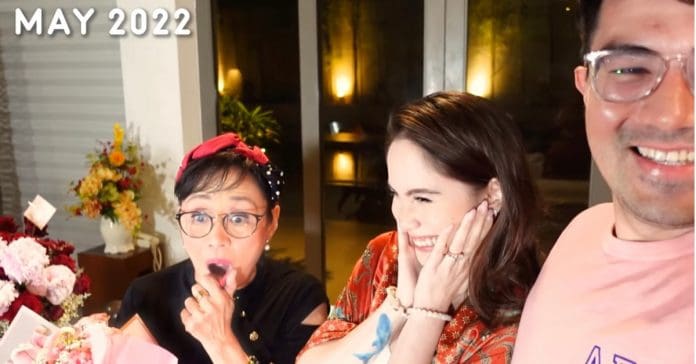 Vilma Santos gave the cutest reaction when she was suprised with the news of her daughter-in-law Jessy Mendiola’s pregnancy.

On Jessy and her husband Luis Manzano’s recent vlog, they featured their family’s reaction when they told them about their status as soon-to-be parents.

The couple surprised the veteran actress on Mother’s Day, when Luis asked why his mom didn’t greet Jessy on the special day.

“Huh? What do you mean? Mother ka na ba?! Serious nga?” Vilma said while tearing up.

Even Luis’ father Edu Manzano seemed to hold back tears when they gave the big news back in June.

Luis surprised his father when he called him a “lolo” while they showed their baby’s sonogram.

It was in early August when Luis and Jessy announced that they are expecting their first child together.

The two made the big announcement on a Youtube vlog where they gushed over the “best surprised” they have received in their lives.