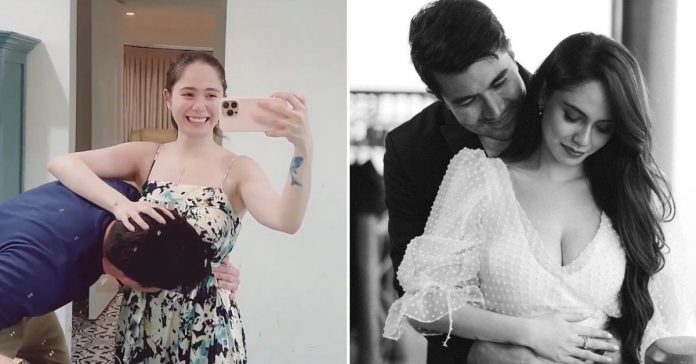 Luis Manzano and wife Jessy Mendiola just announced that they are expecting their first child together.

The couple made the big reveal in a vlog released on Jessy’s YouTube channel on Thursday night titled A New Chapter.

“What a pleasant surprise! We had planned for our church wedding this year but suddenly God gave us this wonderful blessing, proving time and again that God is the master planner,” read the description on Jessy’s vlog.

The vlog featured videos of them together filmed at a chapel in Benguet, with their wedding vows being played in the background.

Jessy and Luis have planned for a church wedding this year, but said it “will have to take a backseat until our bundle of joy arrives”.

“This is, by far, the best surprise we have received in our lives. Indeed, with God all things are possible,” they added.

The two earlier sparked speculations that Jessy is pregnant after they both posted black and white snaps of them holding each other’s hands with their eyes closed.

“A new chapter,” Luis and Jessy captioned their posts, with eagle-eyed netizens claiming in the comments section that Jessy has a baby bump in the photo.

Jessy and Luis tied the knot in February 2021, months after announcing their engagement in December 2020.