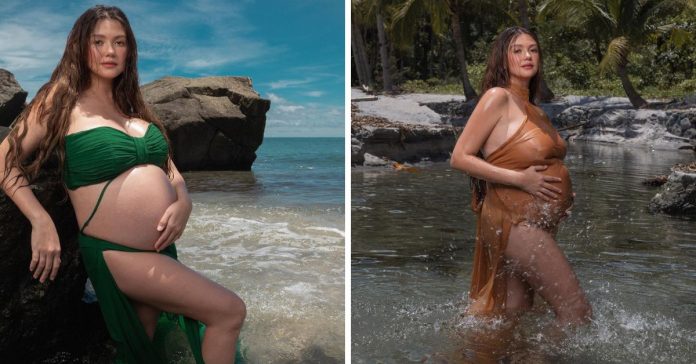 Angelica Panganiban is stunning in her first-ever maternity shoot out in sea.

The mom-to-be shared her jaw-dropping snaps which were thoughtfully organized by her non-showbiz partner Gregg Homan on social media.

Her caption read: “Sails up! Happiness is on the way.”

On another set of photos, Angelica glowed as she posed at different gorgeous locations in Subic, Zambales where she and her boyfriend are currently based.

The 35-year-old’s photos were shot by photographer Paolo Pineda.

It was back in March when Angelica and Gregg announced that they are expecting their first child together. On a past social media post, the actress gushed over finally playing the most important role of her life.

Angelica Panganiban reveals how the postpartum life has been treating...