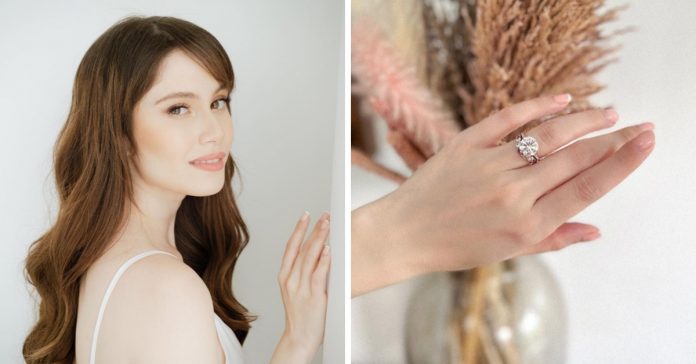 Jessy Mendiola is definitely ready to be a mom!

The actress explained the special reason why she had her engagement ring reset in a recent social media post.

For the expecting mom, she revealed her ring was reset “to a more child-friendly setting.”

“Now, I won’t have to worry about it getting caught or scratching my little one when he/she becomes a toddler.

“In the meantime… Back to the safe,” she explained.

On her Instagram post, Jessy featured her stunning ring she received when her husband Luis Manzano proposed to her back in December 2020.

A netizen responded to Jessy’s post reminding her “there’s no such thing as child-friendly”.

‘I agree! But juuust in case I need to wear it again. It’s much safer than the first design,” she said.

It was nearly a week ago when Jessy and Luis announced that they are expecting their first child together.

Jessy Mendiola finally spends her birthday with a complete family...