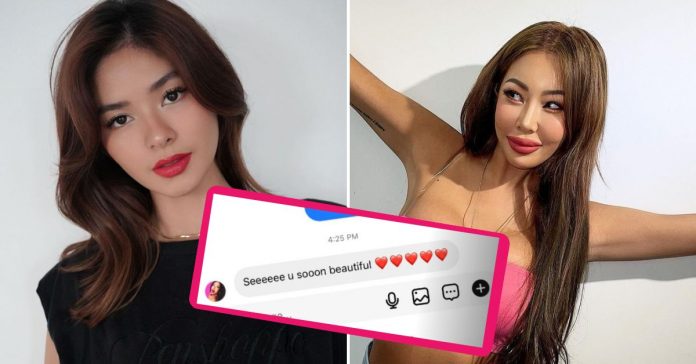 Loisa Andalio is one lucky fan after getting a direct message from Korean-American rapper-singer Jessi.

Through an Instagram story, Loisa shared a screenshot of the message she received from Jessi after the actress’ apparent reaction to the latter holding a concert in the Philippines soon.

Jessi earlier revealed in an Instagram Live her plans of visiting the country to meet her Filipino fans.

On Thursday, events company Be You announced that Jessi is coming to Manila in September but other details have yet to be revealed.

This isn’t the first time Jessi interacted with a Pinoy celebrity. In 2021, Jessi praised Charlie Dizon for her performance of former’s hit song Nunu Nana at an ASAP dance number where Loisa was also a part of.