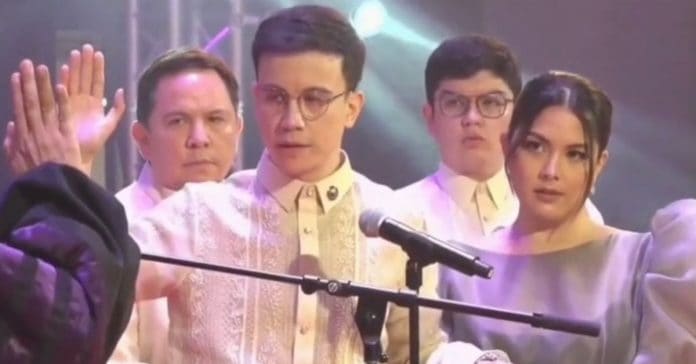 The actor-turned-politician’s younger sister, Ria, couldn’t help but share how proud she was of her brother after his oath-taking.

On Instagram, Ria shared the photos from her brother’s big moment with her as his Bible bearer.

“It’s officially official. Congratulations Cong @arjoatayde @lodicongarjoatayde! Will literally be beside you every step of the way and already so proud of what you’ve done even before being elected… Can’t wait to see what else you’ll do. Love you!!” she wrote in the caption.

Arjo’s oathtaking on June 29 was also attended by his father Art Atayde and his cousin Gab Atayde.

It was back in May when Arjo was proclaimed as QC’s first congressional district representative, ranking first ahead of his rivals Rep. Onyx Crisologo and Marcus Dee.

READ: ‘My hope for a better tomorrow’: Ria Atayde is proud of congressman kuya Arjo Atayde

Ria Atayde pens appreciation post for Kathryn Bernardo after their...