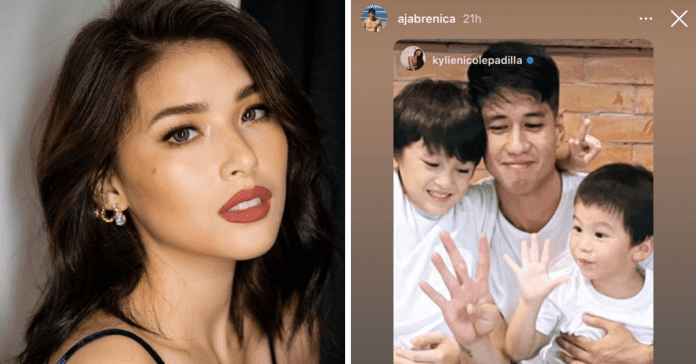 Through an Instagram story on Monday, the Kapuso actress shared a short message for the father of her two kids.

“Belated father’s day, @aljurabrenica”, wrote Kylie alongside a photo of Aljur with their sons Axl and Ala.

Aljur, meanwhile, reposted Kylie’s Instagram story on his account and saying, “Thank you”, with a heart emoji.

In a recent Q and A with her fans on Twitter, Kylie was asked by a netizen if she and Aljur have gotten back together after a photo of them together made rounds online.

Kylie, however, reiterated that they are co-parenting.

Kylie and Aljur tied the knot in 2018, but went their separate ways in 2021, and have agreed to co-parent their children.

Aljur is being romantically linked to actress AJ Raval while Kylie revealed in a previous interview that she’s gone back to dating game again.