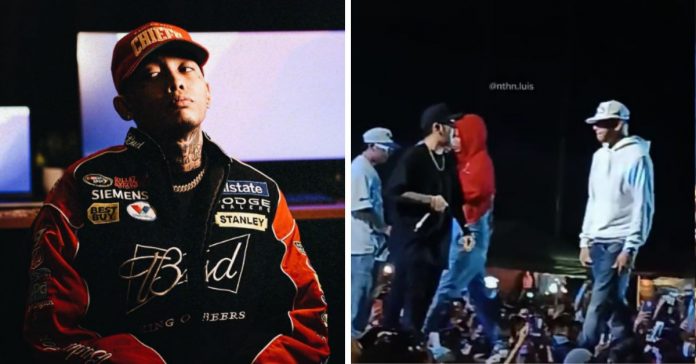 Organizers belied speculations that rapper-singer Skusta Clee “walked out” at a music festival in Quezon City over the weekend.

In a brief statement shared on its Facebook page on Wednesday night, the Pandayo Alon Music Festival attributed the singer’s actions in the middle of a performance to his sudden difficulty in breathing.

They said that despite what Skusta was feeling, the Zebbiana and Dance With You hitmaker managed to finish his set with his rap group Ex-Battalion.

Videos of the rapper seemingly walking out of the stage were earlier circulated online, with some netizens connecting it to the chants of “boo” heard from some crowd members.

But other video angles of the performance also showed Skusta seemingly in pain, shaking his head and patting his chest, as he moved to the back portion of the stage.

Skusta recently courted controversy following ex-partner and popular YouTuber Zeinab Harake’s claims in an interview with Toni Gonzaga that he cheated on her. They have one child together.

The rapper, on the other hand, has yet to publicly comment on the issue.

“Don’t let these trolls f**k your mental health,” he wrote.