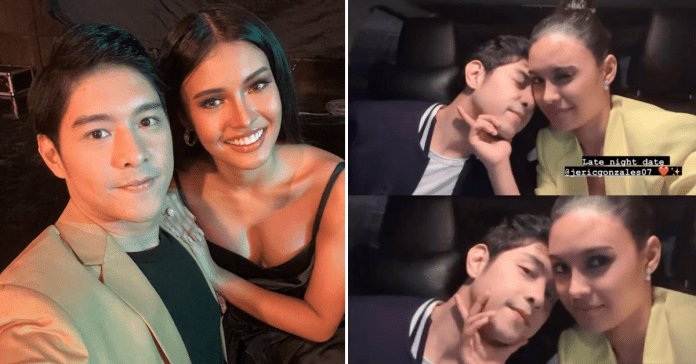 The beauty queen-turned-actress posted via an Instagram story a GIF of her and the Kapuso actor in the car from their latenight date on Monday, seemingly dismissing the breakup rumors.

Speculations about the Kapuso couple having trouble in paradise first sparked when Rabiya shared a cryptic quote late May.

“I owe myself the biggest apology for putting up with what I didn’t deserve,” read Rabiya’s post which drew messages of love and support in the comments section.

While it is unknown what Rabiya was alluding to, some netizens started speculating if she and Jeric already called it quits.

Just recently, photos of Jeric with a mystery man made rounds online, fueling the breakup rumors.