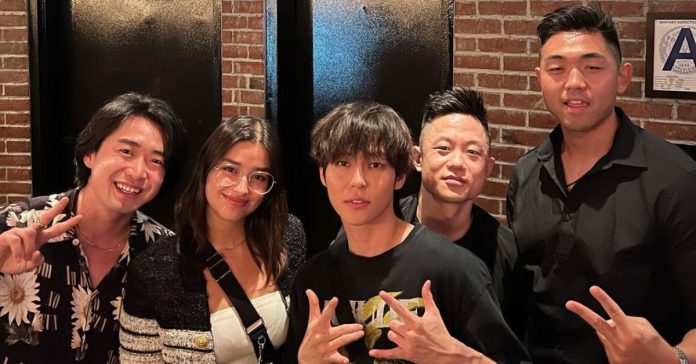 Liza Soberano’s trip abroad proved to be a star-studded one after meeting South Korean artist, Woosung.

The actress took to social media to update her fans on what she has been up to in Manhattan, New York.

“New York (for a) minute,” she wrote in the caption.

One notable snap fans couldn’t get enough of is one of Liza and the lead vocalist of South Korean pop rock band, The Rose. A clip from her social media post, showed Woosung performing live on stage.

“You’re in my old neighborhood. Enjoy!” he wrote.

Just a week ago, Liza shared a snap of herself with TikTok star Bella Poarch at an event abroad.